August 04, 2016
There are many standby sights you'll usually, if not always, find in a Western of any sort:  Dust.  Rifles.  Stetsons.  Horses.  Boots.  Sweeping plains.  Manipulative villains.  A small number of women.  A (slightly bigger) number of men.  And, ofttimes, a marked emphasis on friendship. 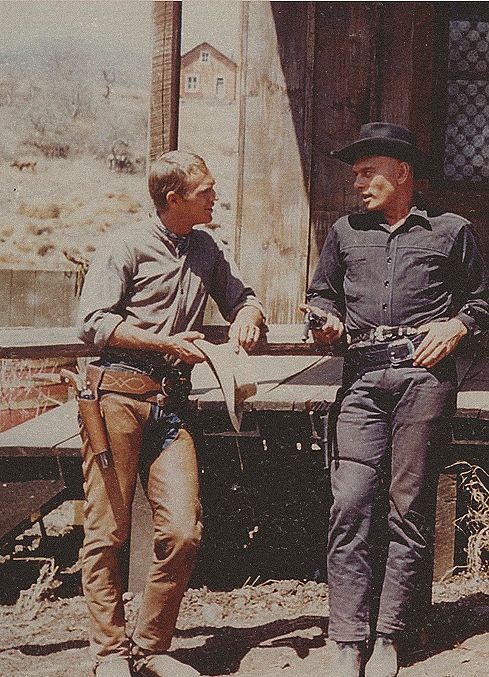 Think about it--have you ever seen a Western that didn't feature a strong bromance?  (Seven Brides for Seven Brothers, for once in the history of the universe, doesn't count.)  In these stories about hardened heroes grappling with adverse elements, sinister bad guys, and unruly quadrupeds, companionship is important, and filmmakers seem to recognize that. 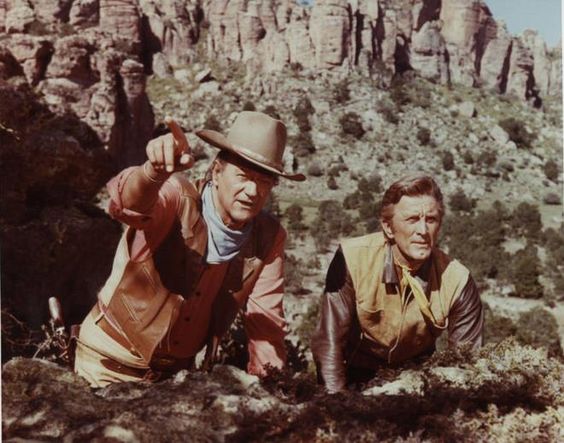 Cowboys have it rough, man.  They spend long days in the saddle, short nights on the ground, and a heck of a lot of mental and emotional energy just trying to be decent human beings in a country that's still in the process of becoming civilized.  Justice, in a Western movie, is often determined by whoever has the faster draw.  There aren't that many second chances--and yet there are, at the same time.  Sort of like Cap'n Jack Sparrow put it, Western movie heroes never quite know which moment could be their last (not that any of us do, but you know what I meant, stop quibbling), so over time they have to develop razor-sharp instincts and reflexes in order to be able to stop by a bar and have a drink with a reasonable amount of confidence that should they be threatened or insulted, they can defend themselves. 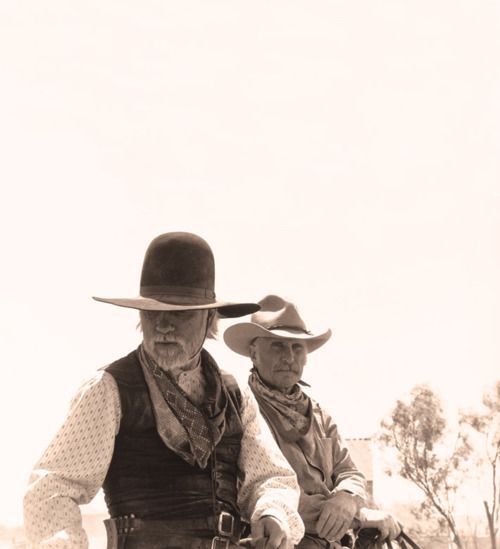 Needless to say, these pressures can tend to make a person ever so slightly Stand-offish and/or Edgy…which is why (drumroll, please) friendship is important in a Western!  (I can hardly avoid being cheesy and sentimental in such a post as this xD) These guys really need a pal to stand by them, y'know? Since cowboys have to be pretty wary, it's not often that you'll find multiple friendships of a "true-blue, stick-to-you-like-glue" nature within the same Western--there are usually only one or two. And when you do find them, boy oh boy, are they ever deep. The men have a connection and an understanding that is well-nigh unshakeable. They irritate each other now and then, but underlying that is a love that doesn't need explaining. True Western buddies rarely require words to communicate with each other on a deeper level--they have known each other so long (or connected immediately within a short amount of time, as the case may be) that they know what makes each other tick, they know how to carry out a plan in crisis-mode without discussing it first, and they know when to let each other vent frustration, anger, grief; or excitement and quiet joy. 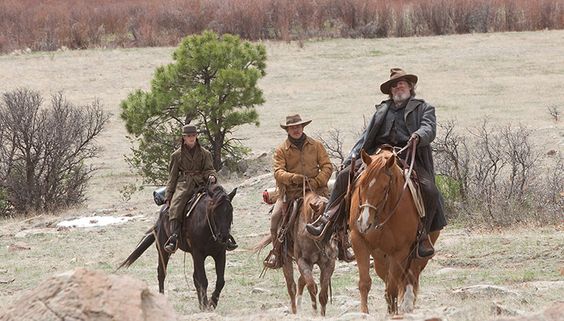 These aren't always man-to-man friendships, either--sometimes they exist between a hardened, one-eyed, imbibing marshal and an inexperienced but tough-as-nails teenage girl, or a mixed-blood mustang and a mixed-race cowboy.  Regardless, I find it extremely interesting to mull over the numerous specimens of friendship portrayed in nearly every Western I've ever seen.

(Psst!  Don't forget to check out the GIVEAWAYS happening this week!!!)