Legends of Western Cinema Week / / The Searchers {by Alan Le May} 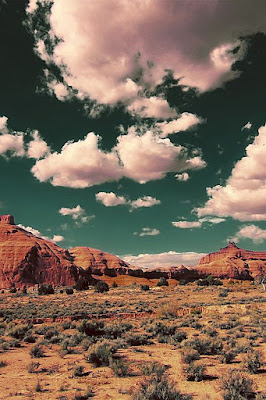 "It never occurred to them that their search was stretching out into a great extraordinary feat of endurance; an epic of hope without faith, of fortitude without reward, of stubbornness past all limits of reason.  They simply kept on, doing the next thing, because they always had one more place to go, following out one more forlorn-hope try."

You'll be so proud of me, guys.  I finally finished an actual Western book.  I've seen several, but I don't think I'd ever read a Western novel all the way through.  I just haven't picked up that many, and the content I've run into has sort of put a damper on our relationship, as a very wise man in black once put it.  (Well, maybe that Dear America book about the wagon train counts…and then there's A Lantern in Her Hand and Love Comes Softly and the like...)  Anyway, a week or two ago, I did it--I read a no-doubt-about-it, true Western:  The Searchers by Alan Le May. I'm accordingly here to review it.


The plot follows Amos Edwards and Mart Pauley as they embark on a relentless search for two girls abducted after a Comanche raid--Amos' nieces and Mart's adopted sisters.  And it sure doesn't waste any time: by the fourth chapter, the horrific attack has happened, and the journey is about to begin.

I don't really know what to say.  On the one hand, the writing was just so. darn. good. …but confound it, was there ever a bright moment in this book??  If there was, I think I missed it.  The heart-wrenching efforts of the men to recover Lucy and Debbie, *SPOILERS* especially when they discover that it was too late in Lucy's case, *END OF SPOILERS* stretch on…and on…and on…not in a boring, oh-my-goodness-will-you-just-write-something-else sort of way, but in an extremely tragic and compelling exploration of human endurance and all that jazz.


"'This is rough country…it's a country knows how to scour a human man right off the face of itself.  A Texan is nothing but a human man way out on a limb.  This year, and next year, and maybe for a hundred more.  But I don't think it'll be forever.  Someday this country will be a fine good place to be.  Maybe it needs our bones in the ground before that time can come.'" 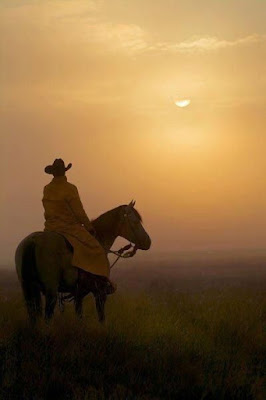 Since Amos and Mart are the two that we really get to know, they're the only characters I'll specifically
touch on.  Amos is a bit of a puzzle to me--it's not hard to figure out that he's an iconically hardened man of the West, but it IS hard to figure out what lies underneath that hardness.  He has a heart, one that's very much alive and kicking, that's for sure.  But what exactly resides in that heart, I can't fully make out--which I sort of like.  Eventually, it becomes clear that he's continuing this quest that pushes the limits of sanity not solely--or even primarily--to recover Debbie.  His goal is to claim revenge on every Comanche he can corner.  The darkness of this hatred, thoroughly understandable though it is, is rather disturbing, but in the end I think good triumphed over evil in the person of Amos Edwards.  (ALSO.  CAN WE TALK ABOUT THE WILL AMOS SHOWS MART AFTER MART DELIVERS HIS ULTIMATUM.  FEELS.)

Le May delves more deeply into Mart's psyche, so it's easier to get a firm grip on his personality:  what makes him tick, what he's looking for, the pain and the strength in him, etc.  You really feel for Mart in his search for Debbie, because ultimately it's a search for belonging.  Debbie is all that's left of the only family Mart ever knew; she represents home.  Perhaps, in a way, Mart feels that if he can rescue Debbie, he'll make amends for how he couldn't save his blood family when he was a frightened toddler abandoned--for his own safe-keeping--in the brush of the prairie.

Though I could have used a tiny bit more levity somewhere in the whole entire book *ahem*, it really was an outstandingly well-crafted story.  Mr. Le May's writing was sparse where need be and vivid where need be.  I really loved his style.  As Emma said in regards to Larry McCurtry, "he knows how to drive a story, and doesn't waste time with the unimportant stuff."  There was the perfect blend of ornamentation and just plain telling the story--taut enough to keep the story moving without throwing in superfluous soliloquizing or description of the landscape, yet also philosophical enough to keep away from Ernest Hemingway extremes.  I approve ;)  And despite the extremely weighty subject matter, he included injections of that classic Western humor--sardonic, tongue-in-cheek, and delightfully wry. 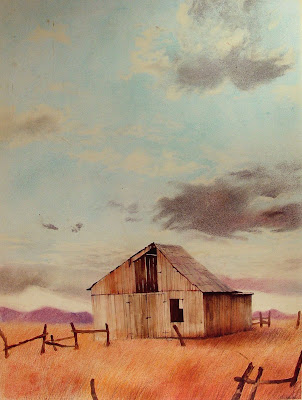 The content is not actually too bad in this one, considering the storyline, but it's certainly still there.  I wouldn't recommend this to younger readers, on the most basic level, because of the thematic material--we're dealing with two young girls who have been kidnapped by Comanche braves, plus their family was slaughtered by their captors.  So, you know, there is a good deal of discussion about rape, scalping, and various other forms of mutilations enacted in the hostilities between the Indians and the settlers.  I think that aspect of the book is handled quite tastefully, actually, because it never gets too graphic, but it never sugarcoats the trauma either.  The content that bugged me can be found in the language and in the brief sexual coarseness.  G-----n was used a bit too often for my comfort:  I can get past it once, twice, or even thrice in a story, but beyond that I begin to get pretty uncomfortable.  There's no real excuse for it, and there is only rarely an understandable reason for using it.  Also, I could have done without the vulgar innuendo when Mart "buys" a wife--even though nothing ever actually happens--and I definitely could have done without the tequila-and-dancing-girl incident.  (Basically, Mart gets drunk at a bar and spends the night with one of the "entertaining girls," though he most likely would not have if it weren't for the fact that he was intoxicated.  Still, alcohol or no alcohol, not okay.)  Ordinarily I wouldn't keep reading after that, I don't think, but I was so far into the book that I was bound and determined to see it through.

*I'm now going to talk briefly about the end, and I'll close with a quote therefrom, so beware of the ensuing SPOILERS!*

I really wasn't sure how the story was going to end, because the book has such an attitude of--I don't want to say 'pessimism,' but more of an unrelenting realism to it, that I just couldn't be sure one way or the other.  The conclusion was different than I was imagining, however it ended, but it was GOOD.  It was realistic but still hopeful.  All in all, I'm glad I read this book.  It left me with a not-altogether-unpleasant sense of slight melancholy--or, shall we say, solemnity--but also of hope, as I said.  And now, the promised concluding quote:


"He thought she was asleep, until she spoke, a whisper against his chest.  'I remember,' she said in a strangely mixed tongue of Indian-English.  'I remember it all.  But you the most.  I remember how hard I loved you.'"