August 01, 2016
Legends of Western Cinema Week has arrived!  The day has dawned!  The quest has begun!  The joy overflows--okay, I'll stop.  Anywho, I'm ever so excited, and I know Emma is as well!

Before I begin, I'd like to take a moment to celebrate the fact that today is Rosie McCann's birthday!  I've had the privilege of getting to know Rosie over the past year or so, and it's an absolute joy to be friends with her!  She's more or less sort of awesome.  I'm sure a lot of you know her--though she doesn't have a blog (sad face), she's an active and vibrant participant in the blogosphere's happenings :)  Happy Birthday, Rosie!!!  Have a swell day, and don't forget what a gift you are to the world <3 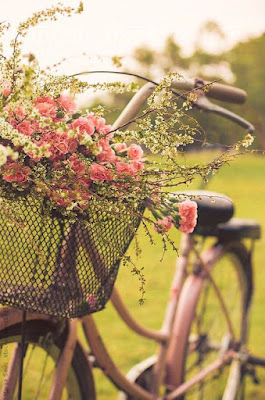 Now, on to the post!  This year, Emma and I are each doing something different for the start of LoWCW, and I decided to make another top ten list, because I think top ten lists are fun ;)  I will be sharing with you all my top ten favorites of the women who make appearances in Westerns I've seen.  This list doesn't necessarily rank them as they might have been ranked if it were an all-inclusive list of favorite heroines, though.  And, honestly, I'm hardly ever absolutely sure about where exactly to place people in these lists…but I've thought through this one a lot and changed it around quite a bit, so I think it's a fairly accurate ranking of my top ten Western leading ladies :)

(Fair warning, I will be unashamedly raving about the romances of most of these women, and the picture quality is not the greatest on some of them, since apparently most of these are rather obscure, and Pinterest isn't all that obliging when it comes to obscure movies *scowls at ridiculous website*.  And yes--apart from the fact that they really are awesome women in their own right--two of these get high rankings because they're in Broken Trail.  One must stay true to one's commitment to such a movie.)

Mild spoilers may be included and will be unmarked!!! 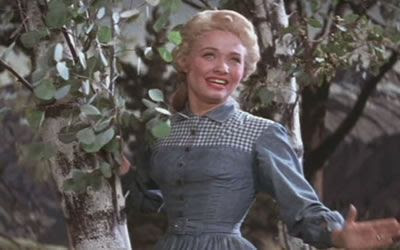 I mean.  Millie is goals, as the saying is ;)  (Minus her lapse of judgment in marrying a guy the same day she meets him.  Ahem.)  You can read more of my thoughts on Millie here.

~ 9 ~
Lilith Prescott
How the West Was Won 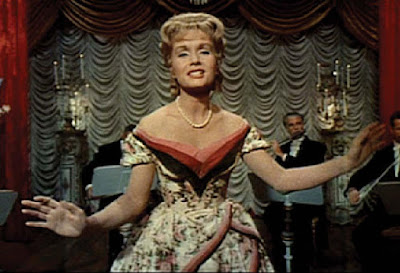 I quite enjoyed Lilith (especially her renditions of "A Home in the Meadow").  She was spunky without being annoying, and she was even-tempered and pleasant enough to charm me.  Plus, she and Cleve, though.  I mean, it IS Debbie Reynolds and Gregory Peck together in a Western, so it's not exactly a surprise that they're so adorable, BUT STILL.  All the happy warm-fuzzies. 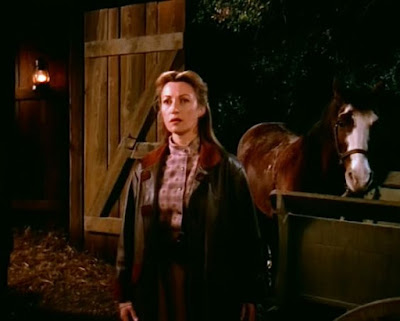 So Mike is pretty cool.  A female doctor brave enough to be a female doctor, in that day and time, and not only that, but to travel West and set up her own practice all by herself…one can respect the woman, shall we say.  Also, she takes in Matthew and Colleen and Brian after a relatively short acquaintance, "which, considering the event, shows some greatness of mind, I think."  She's kind and courageous and innovative; strong but not afraid to be vulnerable, so I like her :)

Though she only gets a few words' worth of lines in the movie, this girl conveys a strong presence simply by the use of her eyes and her body language--not to mention that what little she does say carries a heck of a lot of emotional force and aptly depicts her background and personality without ever explicitly touching on either.  (Or maybe I just felt like that since she was one of only three female characters, and undoubtedly the one with the most screen time.)  Seriously, though, I really liked Kate.  And DO NOT EVEN GET ME STARTED ON THE ROMANCE BETWEEN HER AND BILLY. The gushing would be without end.  They made me so incandescently happy.  (Yeah, that's probably a slight exaggeration…but only a slight one.)

Shannon Christie
Far and Away 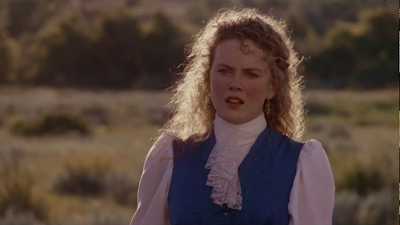 "You're a corker, Shannon.  What a corker you are." ;D  Now, I'm not usually a fan of the "spitfire redhead" in movies--I find them overdone and irritating.  However, Shannon has proven one of the exceptions of the rule.  While her personality is a good bit more confrontational and outgoing than mine, I admire her grit in venturing to America and determinedly staying there even when the world she was trying to build kept crumbling time after time.  And, since I warned you that 50% of this would be gushing about the love stories…Shannon + Joseph <3 <3 <3 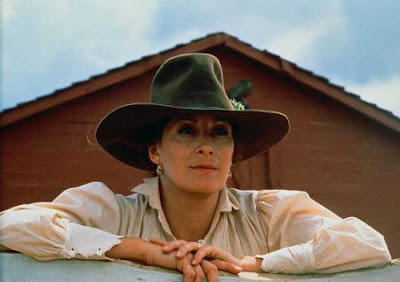 Of course, I've only seen this movie once, so I can't remember it too clearly, but I do really like Clara, from what little I recall.  She handles her complicated relationship with Gus admirably.  She's a devoted mother, even to a baby who isn't her own.  She's a loyal wife, even when it would be so easy to slip into infidelity, especially given the circumstances which almost blur the lines of moral duty in her case.  And she's so kind and caring to Lorie, comforting her, sheltering and providing for her, and trying to help her see how to move on after tragedy.  The fact that she's played by Anjelica Houston doesn't hurt ;-P 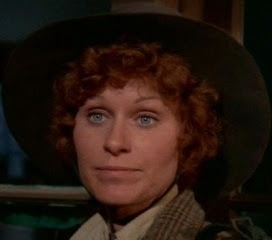 Don't laugh!  Dusty is seriously epic.  Can we all just take a moment to respect the sheer boss-ness that is Magnolia Clydesdale?  Honestly.  She's competent and confident, but she's also friendly enough and assumes a maternal affection and concern for the children from the get-go.  I like Dusty :)  (Plus, y'know, she's a significant part of my cinematic childhood, so yeah…) 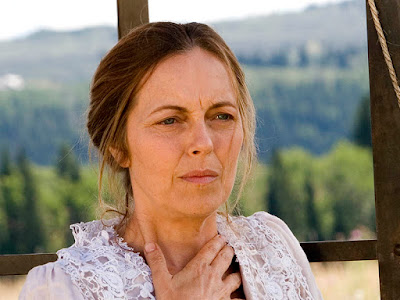 I love the kindness of Mrs. Johns' soul, not to be cheesy.  Regardless of how contemptibly life and other people have treated her, Nola is still amicable and compassionate.  Her attempts at mentoring Ye Fung are so sweet--because she knows; she understands.  She's been through what Ye Fung has been through; she's seen her life falling apart and has chosen to keep on living in spite of it, and she tries to pass that same hope on to this broken, violated young girl.  She falls in love with Print and longs for a new life with him, but in the end she respects his decisions, even if she doesn't understand or agree with them.  Nola is a very strong woman, and I admire her.

THIS GIRL.  THESE FEELS.  I CANNOT SPEAK OF HER WITHOUT CAPS, BECAUSE I CANNOT SPEAK OF HER GENERAL BRAVERY AND SWEETNESS WITHOUT CAPS AT THIS TIME.  (I mean, I guess I could, but I don't feel like it.)  ALSO TOM.  TOM IS A MAJOR CONTRIBUTING FACTOR, I ADMIT.  I MAY BE TALKING MORE ABOUT THIS MOVIE LATER THIS WEEK, SO FOR NOW THAT'S ALL I'LL SAY.  (But my review of the glorious and epic and amazing movie is here, if you'd care to learn more about it.) 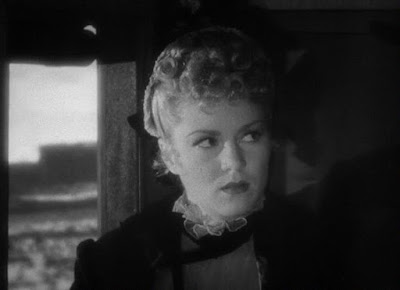 Dallas is such a morally courageous character.  (The more I thought about her while putting this post together, the more I realized how admirable she really is, and that kept bumping her up through the rankings until she was #1.  She deserves it.)  With how she was treated by almost everyone around her, it would have been understandable for her to refuse to lift a finger to help them.  She didn't have to step up and assist Mrs. Mallory when she went into labor.  For the neglect and rudeness she'd suffered at her hands, the hands of the only other female passenger aboard the stagecoach, many wouldn't blame Dallas for writing her off and letting her figure out childbirth by herself…but she doesn't.  Despite all she's been through, Dallas keeps her heart tender and open and caring.  She serves selflessly and efficiently, and though she loves Ringo (BE STILL MY HEART), she is unwilling to let him "sully" himself by being with "someone like her," not realizing until later that there is a kind of love that can look past, well, one's past, and provide a future.  So, yeah.  I really like Dallas--she's a very selfless and sweet character.  And can we talk about her and Ringo?!?!?!  Can we gush about them forever and ever?!?!?!  (Also, by the by, if you're looking for a FABULOUS narrative review of Stagecoach--and you should be--read Heidi's HERE.)