That awkward moment when...

August 14, 2016
…People tag you, you procrastinate for about a month, and then decide to whip up the answers despite the fact that you haven't even formally wrapped up your latest Western-themed week.  Yeah.  That.  (I SHALL wrap up Western Week and draw/notify the giveaway winners before too much longer.  I SHALL.)  Anyway, Ivy and Anna have both tagged me (hence the spiel about tagging and procrastination)!  Thanks, ladies!  I do so love a good tag :)  Let's dive in.

(Also, there'll be a lot of random movie collages that have nothing to do with the answers.  I found a bunch of really pretty collages over the past few months and wanted to share several of them with y'all, being the kind soul that I am :))

Rules
Pass along the questions

Questions
1. What nationality are you? 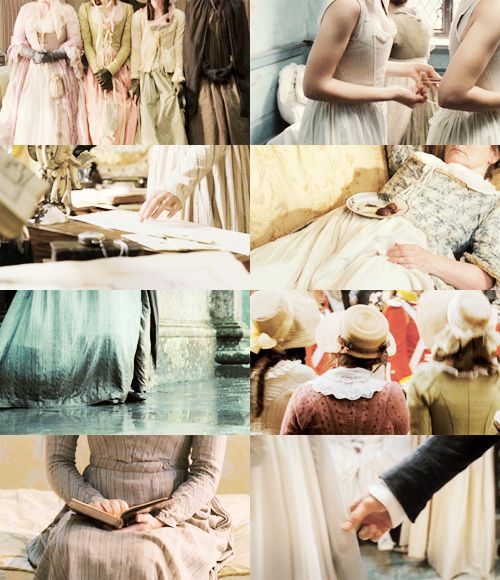 2. What's your favourite animal?
Hmm…to be around, probably dogs.  Hypothetically, though, I like horses, dolphins, jellyfish (yes), kittens, songbirds, squirrels, and the entire population of Redwall Abbey :)

3. What's your favourite food?
I like salads, fruits, chips, and pizza.  Most likely one of those.

5. Do you have pets? So yes, what kind of pet? And no, which one would you like to have?
I have (currently) one dog, Sasha.  She's a white husky mix of some sort.  She's rather pretty, if I do say so myself :P

6. How old are you?(you don't have to answer if you don't want to, or you can just be very vague)
I am somewhere between birth and death.  How's that? ;) 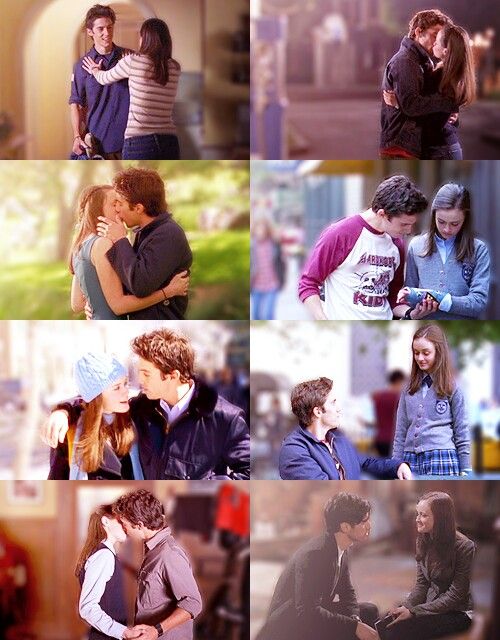 7. Do you have a big family? (cousins, uncles, and aunts included)
Yep, pretty big.  I'm one of six children.  My mother is the only one of her siblings who married, but I have a lot of first and second cousins on my dad's side.  Plus several aunts and uncles from both of my parents.

8. What is/are your favourite soundtrack(s)?
Romeo and Juliet (2013), The Prince of Egypt, Cinderella (2015), Brave, Spirit:  Stallion of the Cimarron…a lot of animated ones…hmm...

9. What's your favourite Disney movie? (only animated or drawn)
That's a tie between Pocahontas and The Hunchback of Notre Dame, and no, I do not care to narrow it down any further, nor do I know if I can.  THEY'RE BOTH SO GOOD. 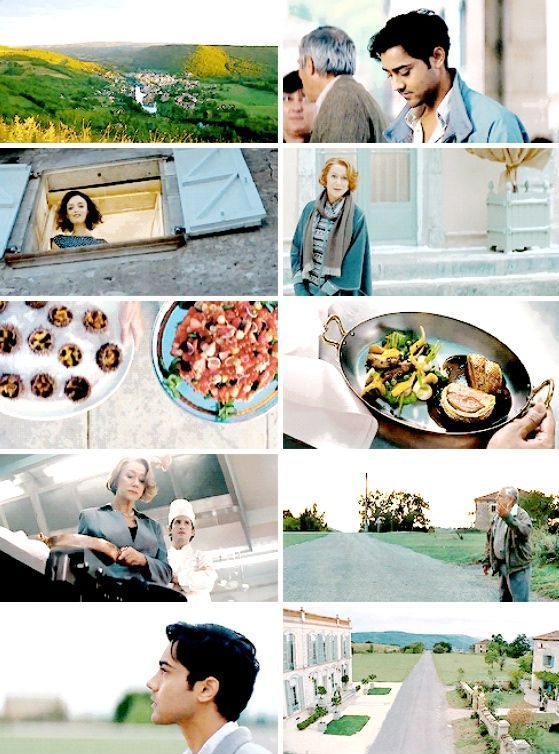 There may be spoilers!!!  (Actually, there will be spoilers for at least the last category.  Obviously.)

I couldn't possibly choose a favorite period drama couple without it taking outlandish amounts of time, so I picked one of my favorites at random.  These two are lovely <3

The dynamics of their relationship--the tension, the misunderstandings, the pride, the passion, all that jazz--are just so. well. done.  I mean, seriously.  HOW.  I've loved this story, especially the romance between John and Margaret, ever since I first watched it some number of years ago.  It's just GOOD.  It's dramatic, but not melodramatic--in my opinion.  Some people do consider the movie rather melodramatic, I'm sure, and they are completely entitled to their wrong opinion :P  I love how Mr. Thornton keeps protecting Margaret even after she hurts him and he has persuaded himself (silly boy) that he no longer cares for her.  I love how Margaret grows to see the good in him, does her share of protecting him (riot scene, anyone?), and involuntarily begins to take an interest in him, even to the point of defending him from others' quips.  #hearts 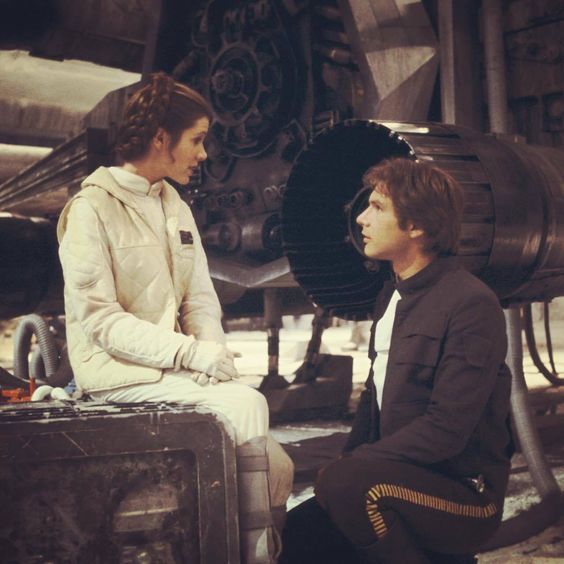 *clears throat*  WELL.  You asked me to pick a favorite sci-fi/fantasy couple, which encompasses several of my favorite couples (FARAWYN), but in the end I decided to go with Han and Leia, both because I love them to bits, and because the other day I flipped through this SW omnibus I bought at a thrift store recently, and reading all the swoon-worthy and laugh-worthy moments between these stubborn darlings warmed my blood-pumping organ.

That is to say, my heart.  This is what happens when Olivia attempts to be clever ;-P

ANYWHO.  Han and Leia are doll-babies and they're excitable and ever-so-slightly arrogant (*snort*) and stiff-necked and they really care about each other and they're willing to sacrifice for each other and I HATE KYLO REN AND THE EMPIRE STRIKES BACK IS MY FAVORITE SW MOVIE EVER, OKAY?!  (Though I also really love The Return of the Jedi.  You know.)

It was a thing for one of the movies, okay?!  And I, for one, liked it.  *glares icily at makers*  Seriously.  JUST MAKE A DECISION AND STICK WITH IT.  First Natasha seems to be with Hawkeye, and then she's with Cap, and then she's with Bruce?  "Do we detect a pattern here?"  As much as I care about any of the Marvel movies/characters (and that ain't much, to be blunt), I cared about Steve and Natasha.  I think they could've worked together as a couple :P  Ah, well, I'll get over it in time.

~ Preferred Couple (from a love triangle) ~ 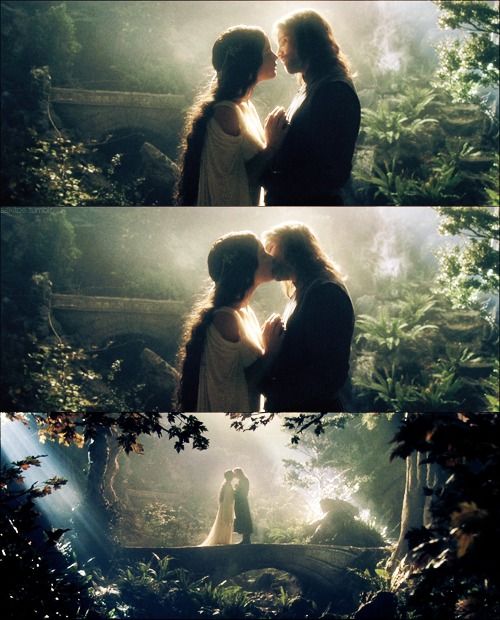 Aragorn & Arwen
The Lord of the Rings

It took me forever to think of one for this, but technically there's a sort of love triangle between Aragorn/Arwen/Éowyn, isn't there?  And I'm definitely glad Aragorn ended up with Arwen (DUH).  Faramir is too perfect for Éowyn and Arwen is too perfect for Aragorn for there to be any thought of an Aragorn/Éowyn thing, I think :P 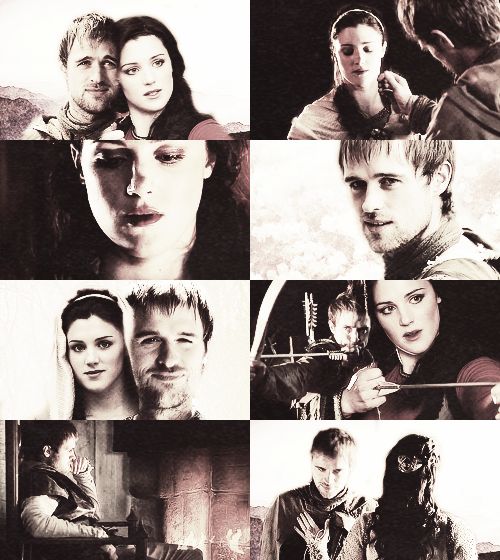 I THINK MY POINT IS MADE. *goes off and cries forever*

Questions
1.) Tell us four names (if you don't know the answer to any, just tell the ones you do know): one that your parents would have given you if you were the opposite gender, one they considered once they knew your gender, one you would choose if you got to choose your own name, and one you would NOT like to have. 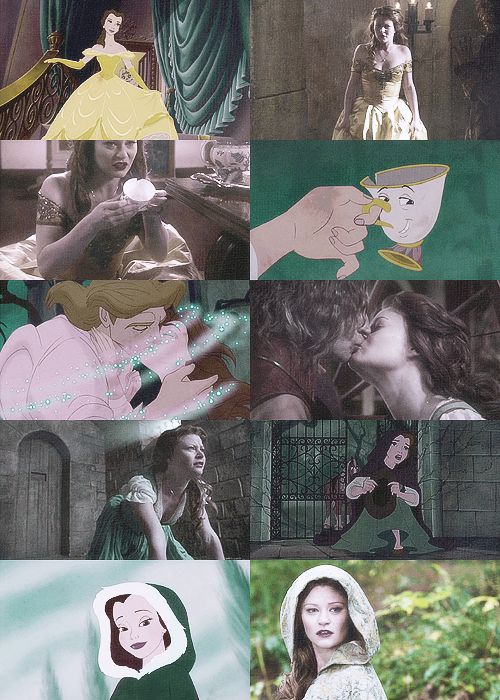 Well, apparently, my two older brothers were each going to have been Olivia if they had been girls, so I was always going to be Olivia, it appears :)  One name I would choose for myself?  I'd have to really think about that…I like the names Charis, Rhiannon, and Arwen, and any of those might work for me, but I'm not sure.  One name I wouldn't be so very thrilled about is…Sue, I suppose, if I have to choose a non-favorite.

2.) If you were to adapt one of your favorite stories, what story would it be and how would you tell it? (movie, musical, webseries, play, book, etc?)
Oh, OH!  If I could adapt any story in any form, my choice would be--at least, right now--a book called In My Father's House.  It's by Ann Rinaldi, and if you and I are friends on Goodreads (WE SHOULD BE), you may remember my rather impassioned review of it a while back.  Guys, I can envision bits and pieces of the perrrrrrrfect trailer and the ENDING and the music and just I need it to happen!  Here's a glimpse of my dream cast for it: 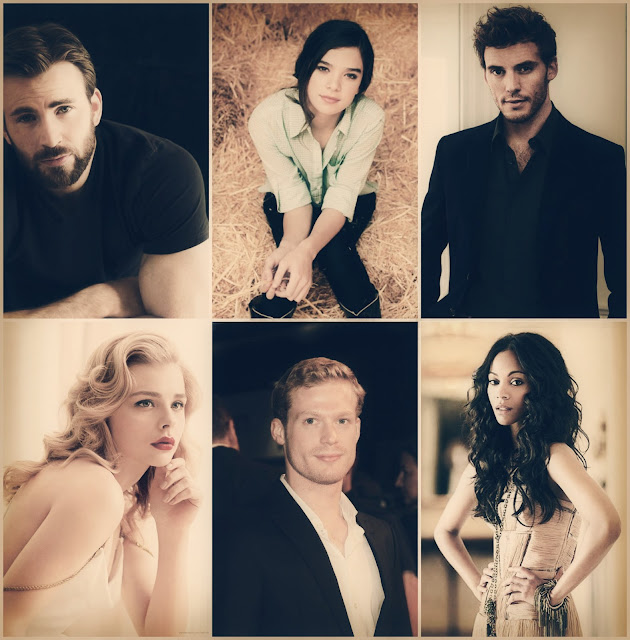 3.) Tell us four of your favorite words.
Off (mainly) the top of my head:  gossamer, crystalline, twilight, shimmer.  (You think I'm a daydreamer?  Whatever gave you that impression?)

4.) What is a life lesson you have learned in the past year?
"Jesus loves me, this I know."

5.) Who is your favorite secondary character in a book you've read recently?
Hmm…well, I think the book I read the most recently was the original One Hundred and One Dalmatians (so charming!), so I'll go with Tommy Tompkins.  He's the Major's pet, and he's so adorable.  I like reading about Tommy :) 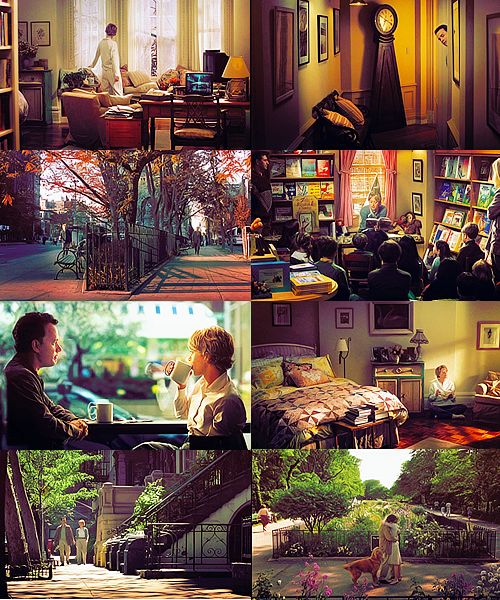 8.) What's the best joke you've heard recently? (Awful puns are highly acceptable!)
Heh.  Hehe.  Puns…  One I heard recently at work was this:  "A neutron walks into a bar and asks, 'How much for a drink?'  The bartender says, 'For you, no charge.'"  (That was kind of a funny story, actually--there was originally some confusion as to the specific chemical entity that walked into the bar, but eventually all was straightened out and the joke was restored to its former glory.) 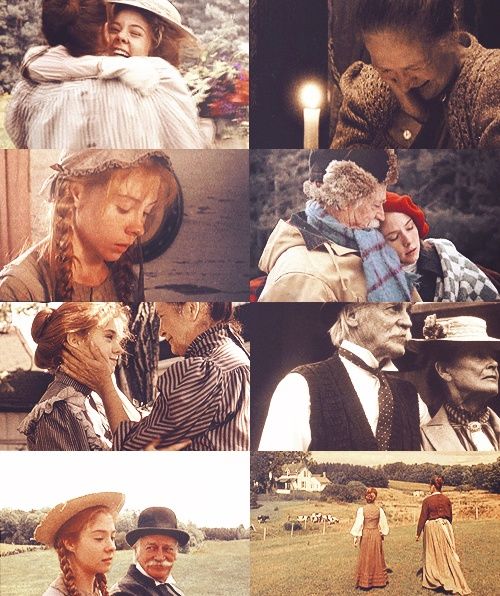 9.) Share a quote from the book you're currently reading.
"'Is not my house right before God?  Has He not made with me an everlasting covenant, arranged and secured in every part?  Will He not bring to fruition my salvation and grant me my every desire?'" ~ 2 Samuel 23:5

10.) What song is stuck in your head right now? (Or just share one that's been bouncing around recently if you don't have one right now.)
My brother has been getting Hamilton into my head all week :P

11.) What do you want your life to be like when you're a little old lady?
Awww…that's such a sweet question!  Hmm.  Lemme study on that.  Well, obviously, I'd like to know that I've walked with Jesus all my life and fulfilled His plans for me; I'd like to have really followed Him and trusted Him--even if I feel like I'm not doing that enough now.  I'd like to be that Sage Old Lady who's still just as spry as she used to be, at least mentally, and is Full of Sound Advice for the younger generations, and all that. 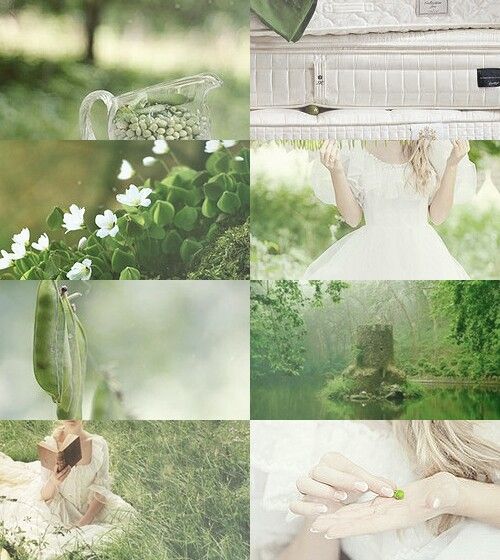 For Simple Questions, I tag whoever can name the movie of the last collage I used for that tag.  (If you want to do it, that is.  Tagging is always a non-compulsory activity :D)

For Liebster, I tag Laura, Erudessa, Kayla Marie, Ivy, Mary, Monica, Faith, Catherine, Chloe, Morg, Bekah and anyone else who wants to answer these questions!  I might as well just say all of you are tagged if you are so inclined (as per usual), but I specifically tag these peeps, I guess?  I tried not to tag people if I knew they had very recently completed a tag/don't often do tags :P

(Oh, and Liebster people, I am now almost too brain-dead to think up eleven new questions--sorry--so I'll just pass on the same questions to you all.  Here they are, for your copying ease, as I think I heard another blogger put it one time:

1.) Tell us four names (if you don't know the answer to any, just tell the ones you do know): one that your parents would have given you if you were the opposite gender, one they considered once they knew your gender, one you would choose if you got to choose your own name, and one you would NOT like to have.
2.) If you were to adapt one of your favorite stories, what story would it be and how would you tell it? (movie, musical, webseries, play, book, etc?)
3.) Tell us four of your favorite words.
4.) What is a life lesson you have learned in the past year?
5.) Who is your favorite secondary character in a book you've read recently?
6.) What are five of the books on your TBR list right now?
7.) Tell us one talent/skill you have, and one you'd like to develop.
8.) What's the best joke you've heard recently? (Awful puns are highly acceptable!)
9.) Share a quote from the book you're currently reading.
10.) What song is stuck in your head right now? (Or just share one that's been bouncing around recently if you don't have one right now.)
11.) What do you want your life to be like when you're a little old lady?  )

Whew!  Why are my tag posts always so unearthly long?!  (Because you wait until you've accumulated like fifty thousand questions to answer, Olivia.  Duh.)  Anyway, for those of you who took the time to read this mammoth all the way or most of the way through, kudos and 'umble thanks.  To those of you who skimmed, I do that a lot, myself.  Talk to you all soon, lovelies!  *blows kiss*