May 27, 2017
On this last full day of the party, I wanted to talk about some of the different Robins I've seen: basically, determining which characteristic of the Robin Hood legend I think each actor brings out the most in their role -- or which characteristic leaves the greatest impression on my mind -- and reflecting a bit on each role in general.  We'll see how it turns out. ;)

I think I've always liked Stuart Wilson's Robin . . . although, to be frank, I'm sort of wondering why after re-watching the show a few days ago for the first time in several years!  (Nah, just kidding.)  This Robin is older and trying to juggle raising a daughter (or, rather, trying to have her raised safely, since he's absent most of the time), fighting in various crusades, and now having the responsibility of bringing King Richard's rightful heir, Philip, to the throne before Prince John gets to him first.  Excusably, all this pressure creates a rather crusty exterior, and his relationship with his daughter, Gwyn (the heroine of the movie), has become strained. 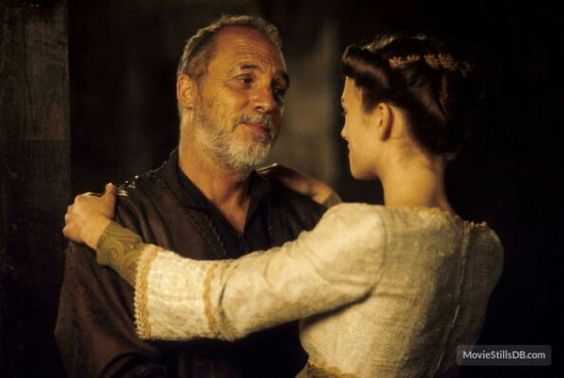 But, as I said, I've always kind of liked him.  I guess just because he obviously does care about Gwyn, regardless of his inability to express it well?  And he grows some over the course of the movie, so yeah.    Also, he clearly has a very strong sense of patriotism, and hasn't decided that he's "given enough" and is entitled to retirement yet.  All in all, I like him. :) 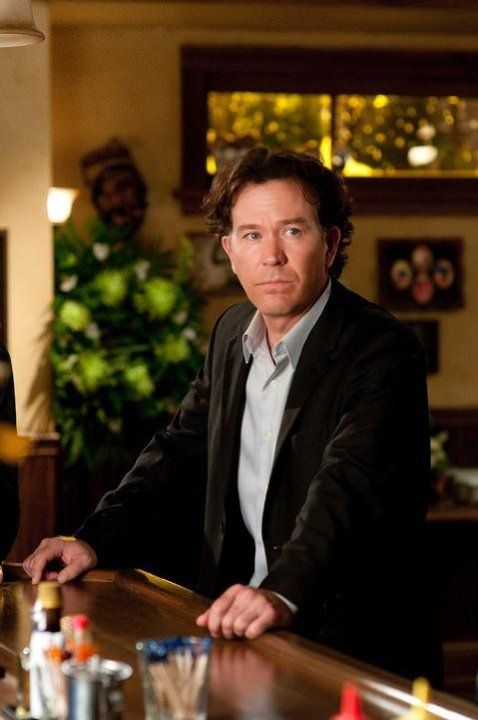 Hehe.  He counts as a Robin Hood, doesn't he?  He's sure called one enough during the show.  ;-P

Nate Ford is historically not my favorite Leverage character (my least favorite, actually, but there are only five main characters, so let's be fair), but he has his moments.  He loves his team fiercely, and I think he kind of strikes the right balance between letting them know and trying to seem reclusive and independent.  ;-P   He's had a major tragedy in his life, but he manages to press through and try to use it to help other people.  (Now, he does this using methods "of . . . questionable legality," but still . . . )  This Robin is highly intelligent (duh, he's literally "The Mastermind") and seems to always know how to find a loophole in his opponents' schemes.  (Which can get a little annoying sometimes, tbh.  But mainly it's okay, since it means the team basically always comes out all right.)  He also tries to grapple with his drinking problem, and though I can't say that he was super successful, at least he got it under control, right?  (Was that a spoiler?  If it was, I am sorry.) 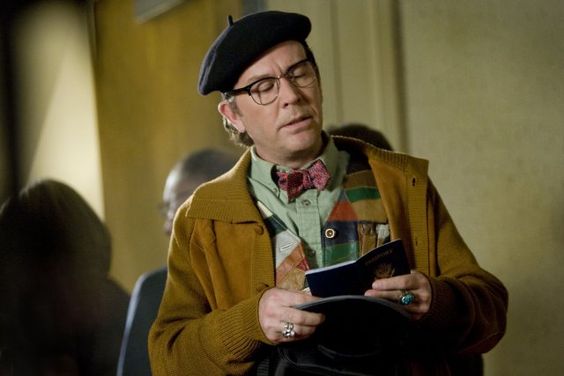 He definitely has his flaws, though.  For one, he seems a wee bit self-satisfied at times, and can be rather close-minded to the ideas and wishes of his team.  He also gets missile-locked on less-than-healthy goals now and then.

However, he is overall a very decent fellow and I do care about him a little.  (Just not as much as the others on the team. ;)  But he's okay.) 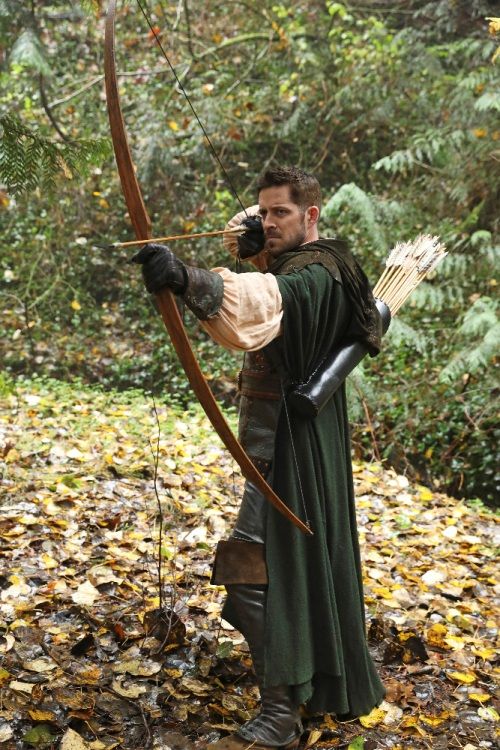 Robin has never been one of my favorite characters on Once.  I'm not really sure why.  I guess, for the most part, I liked him well enough, but he was just sort of . . . there.  A nice guy, don't get me wrong, but for some reason, something about him seemed to get under my skin somehow.  Plus, there was the whole issue of the Regina/Marian thing, and regardless of how that worked out . . . he still didn't know that it wasn't really Marian, so it was still kind of adultery.  Anyway.  *steps off soapbox*

So yes, Robin hadn't been one of those characters to whom I was particularly attached.

Howevuh.  Then I watched that latterly episode in Season 5 where *BIG SPOILER* he dies, and I was sort of shocked!  I mean, not my favorite character, as I've said, but still!  I had no wish to see him die, especially like that -- without even the possibility of the underworld and a subsequent rescue therefrom. *MORE SPOILERS* But, although I have not yet seen the sixth season, I did read something that gave me hope that he might be reappearing on the show at some point?  I'm not sure, but I'd love for there to be some sort of loophole like that.  (His funeral made me feel like crying inside. :'(  And poor Regina!) 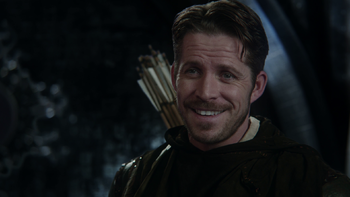 Okay, done with the little fangirl rant.  Sean's Robin is very, very kind.  Compassionate.  You know, he tries to see the best in everybody.  All that good stuff.  :)  He's very devoted to his son, Roland (WHO IS BASICALLY THE MOST ADORABLE PERSONAGE EVER), and seems to always be open to developing friendships with any and everybody.  So, although he does some things that I disagree with and just isn't my favorite in general, he's certainly a nice Robin Hood. 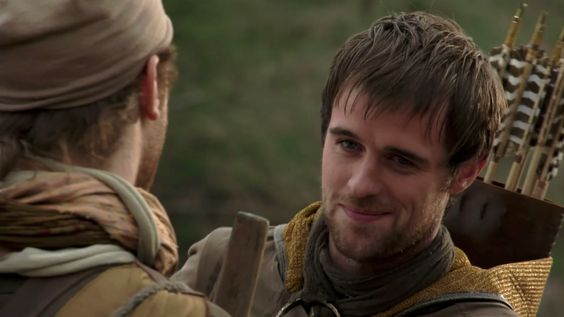 WELL.  *sobs buckets*  Where does one start?

I'm a bit biased towards him out of all the Robin Hoods I've seen, for obvious reasons. ;-P  For one thing, since I've spent 39 episodes with him, I've probably gotten to "know" him the best.

I like how this Robin seems to be just a normal person, cliche as it sounds.  He doesn't know how to handle life all the time.  He makes mistakes on a regular basis, sometimes out of stubbornness and sometimes purely by accident.  He's a good leader (albeit a tad cocky *ahem*), and he's committed to helping his fellow countrymen as efficiently as possible, but he's still just human.  He's still vulnerable, like any other person.  He loses his head sometimes when the safety of the people he cares about is threatened. 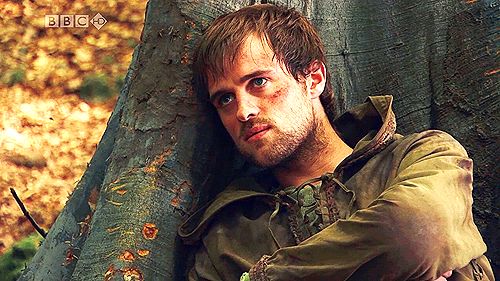 Like all the Robins in this post, he's got his flaws.  He struggles with ulterior motives at times, such as revenge, bravado, and the desire to be loved and appreciated by the people he helps.  *SEMI-SPOILERS* He comes very near to giving up, particularly after the death of one of the people he loves the most. *END OF SEMI-SPOILERS*  He even still has some class prejudice lingering in him, apparently, if we are to believe that second-to-last episode in S2 (with Much).

But he does keep going, through all these issues.  *SPOILERS*  He forgives Guy, which is h.u.g.e. *END OF SPOILERS*.  He takes care of his gang and is willing to ask other people for help when he needs it.  And, obviously, he sacrifices greatly for his country.

Wrap-up is tomorrow!  Don't forget to leave links to your own RH posts HERE!