I liked this movie much more than I thought I would.  Having read some reviews, seen snippets, and watched the parody, Men in Tights, I was all set to be underwhelmed.  I had this nice, cutting review forming in my head, complete with reaction gifs, but then I actually watched it.  And liked it.  So that was a bit of a bummer. ;-P 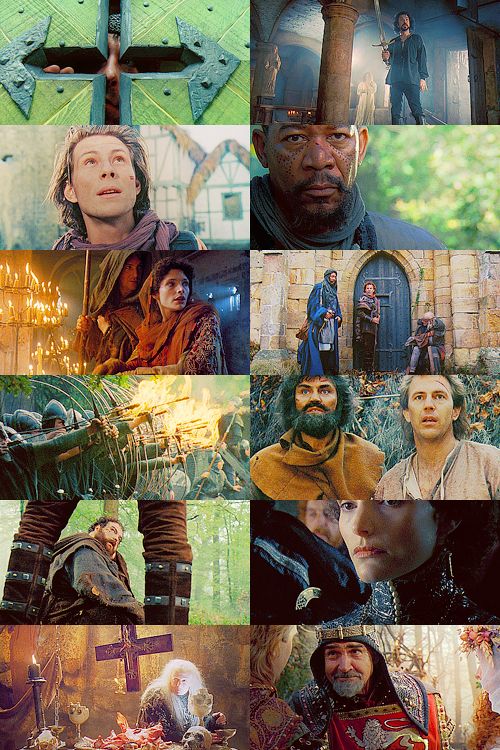 No, seriously, though, I did enjoy it.  It's a good movie, on the whole.  There are several little moments that one could nitpick, but, again, it's very good overall.

Yes, Kevin Costner's English accent -- or lack thereof -- IS quite irksome (Cary Elwes' dig about it in Men in Tights is well-deserved), but then again, how do any of us know that we'd do any better?  And he also brought a kind of boyish bashfulness and playfulness to the role that was rather adorable.  I did find him endearing, I'll admit. ;) 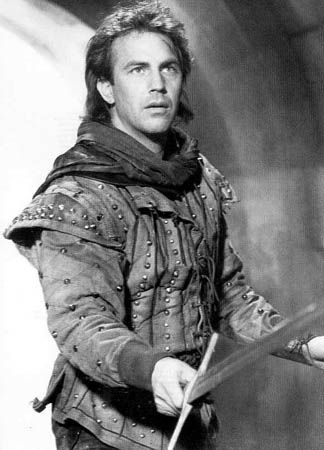 Alan Rickman's Sheriff of Nottingham is, of course, quite popular, and deservedly so.  He's really good at portraying pure evil, you know?  He is fun to watch and acts his role very well.  (One quibble I have, though, is that some of his *ahem* characteristics -- shall we use the word lasciviousness? -- are portrayed as humorous, when they're really not humorous.  But "that's a minor thing," I suppose, especially as I'm sure the makers weren't really trying to downplay the seriousness of his wickedness.)

I was especially looking forward to disliking Mary Elizabeth Mastrantonio's Marian, but found I could not.  I saw one part near the end a while ago, so when I read a review that labeled her as lapsing into a "damsel in distress" role by the close of the film, I was prepared to agree.  However, having watched all of it now, I think that label is unfair.  (I mean, in that situation at the end of the movie, we'd ALL be damsels in distress, quite seriously.)  Lucy Griffiths' Marian will probably always be my favorite, but I felt like Mastrantonio's Marian was more accurate to the time (not surprisingly).  Also, I was surprised -- and somewhat disappointed -- to see how it seemed that the BBC show may have taken some ideas from this version. That disguise Marian is in the first time we see her is basically the Night Watchman outfit, and there were a few other parallels I noticed.  But p'raps it was incidental. ;)  Anyway, yes, I liked Marian in this version, too. 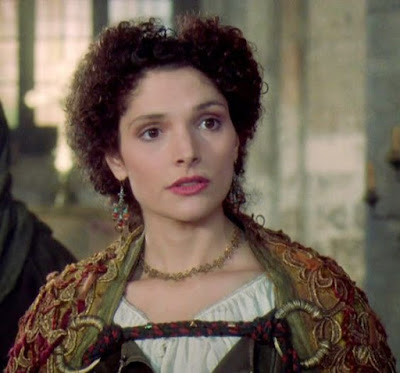 The whole thing with Will Scarlet was good, too -- plot twists for the win!

I liked Morgan Freeman as Azeem, too.  You could still hear his American background when he spoke, but I felt like his accent attempt was more of a success overall.

Honestly, I mainly just found myself feeling rather sorry for and amused by Guy of Gisborne.  I'm not really sure why. XD  Maybe that's just one's automatic response to any other Gisborne after seeing the BBC's?  Hehe. ;-P

Another aspect of this movie that I particularly enjoyed was the humor.  Seriously, the movie is legitimately funny, which was a delightful surprise and took the edge off the heaviness of the other subject matter. 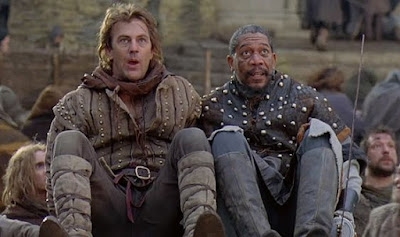 In terms of content, it's not too bad.  The Sheriff is pretty promiscuous and it's clear that he's using several castle girls.  *semi-spoilers* He also tries to rape Marian at the end of the movie. *end of semi-spoilers*  Aside from the Sheriff, there are scattered innuendos and references, and a scene where Robin is skinny-dipping.  There's a lot of violence, but I wouldn't call it gruesome.  As for the witch, I looked up some pictures beforehand, so she actually didn't freak me out too much.  But we fast-forwarded most all of her scenes, so I also didn't really see a lot of her.  I'd still definitely recommend caution with, as they say, the younger viewers! ;-P  Also some language, including the Lord's name in vain and one usage of the F word. 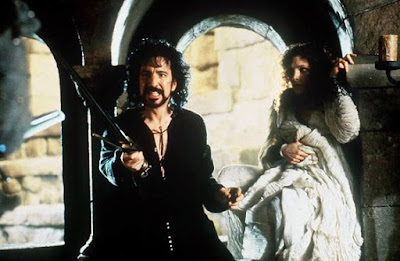 All in all, I found this a really enjoyable movie that "I should not be sorry" to watch again sometime. ;)  Of course, it was a bit of a challenge to take it seriously, what with having all the quips from Men in Tights running through my head (i.e. when Duncan came out blinded -- WHICH ISN'T FUNNY -- all I could think was "'Ey, Blinkin!"), but if you can get past that, you can appreciate the movie for what it is -- a mighty fine adaptation of Le Hood. :) 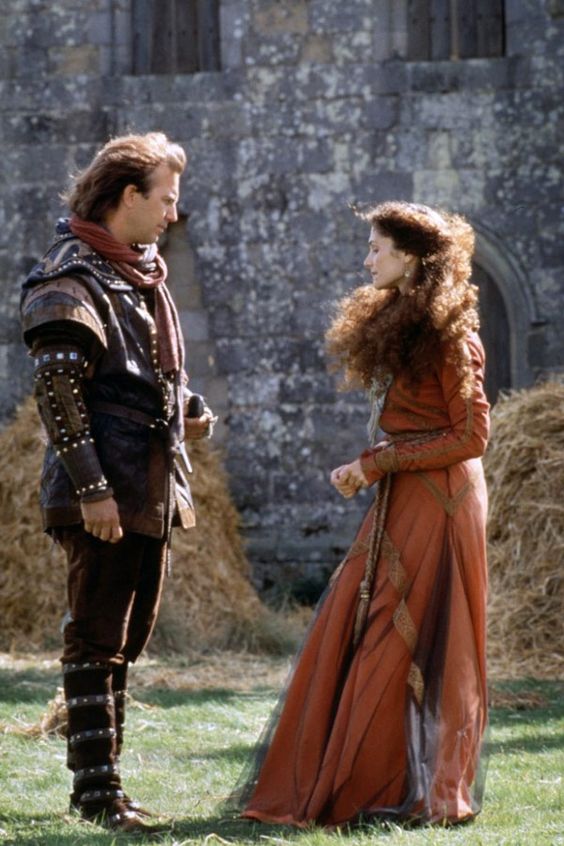 Don't forget to leave links to your own Robin Hood posts HERE! :)