To those of you who have seen the show, I apologize for all the feelings contained in the pictures and gifs that follow.  To those of you who have not, I admit that in including this somewhat overloaded stream of visuals aids, I am partially motivated by the hope that if you see enough you will want to watch it.  (Which is kind of mean of me, given the circs.  I mean, it's a damaging show, what.) 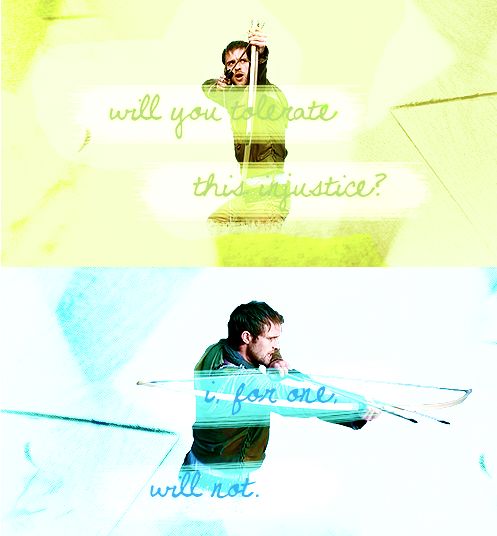 As you all know, I'm a big fan of the BBC's Robin Hood.  But why is that?  What is it about the series that so latched onto my heart?

After all, it's not the highest-quality show (at least, so I assume).  The sets aren't the greatest, I get the feeling it's rather corny (I'm kind of a bad gauge of corniness, having a somewhat high tolerance), it could be accused of being melodramatic and even soap-operatic, and the costumes are inaccurate, to say the least. (Though I think the costuming inaccuracies may have been intentional?  Reading this -- the paragraph under "Styles" -- made me wonder.)

To be clear, I still think it's a GREAT show, one of the best things I've ever seen.  (Others would probably just disagree with me, and perhaps with good reason.)  But why, in particular, do I think that?  I was ruminating on this the other day, and the answer suddenly came to me. 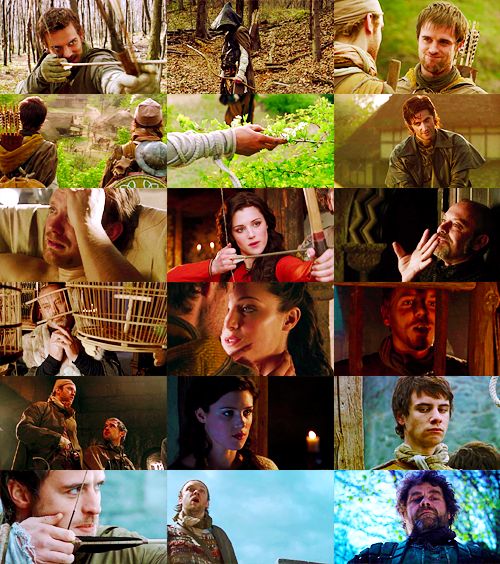 Whatever their faults, whatever the faults of the show, I just really love these people.

I love watching them live life.  I love learning their personality traits, their strengths and weaknesses, the unique ways they handle crises, their relationships (THEIR RELATIONSHIPS <3 <3 <3), their quirks and signature mannerisms/sayings, etc.  I love the fact that I Strongly Dislike even my favorite characters at least once during the show, but I still end up Passionately Loving and Rooting for them to come out all right at the end.  (Whether I get my wish in that is a topic for a whole other post, but *AHERM* we won't go into that.) 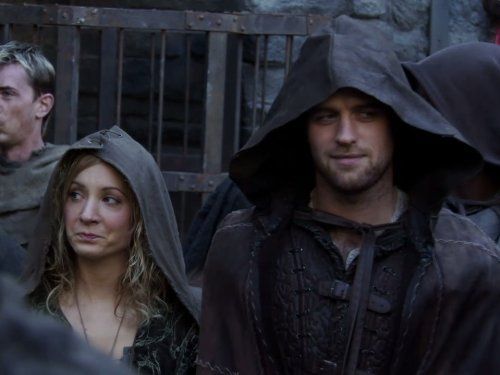 I love how even the characters I don't like very much (*cough* lookingatyouArcherandKate *coughcough*) generally manage to worm their way into some corner of my caring.

I LOVE LOVE the way that characters who started out as enemies end up as partners and even friends *Semi-Spoilers* (yes, this is basically only Robin and Guy, but still -- THAT'S A BIG DEAL <3 <3) *End of Semi-Spoilers*.  I love how all the peeps work together -- the way they aggravate each other and love each other and all that good stuff.

I love that the villains are lovable but also hate-able.  (You know.  The whole "love to hate" thing.)  Vaisey is a big source of comic relief, but he's also evil.  You know that underneath his humor and his usual playfulness, he's really pretty wicked deep down.  {But then there is that whole thing with his sister.  "One does not know what to think" in that episode.  (But then again, that's the only episode like that.)}  Guy is a little bit more complicated *ahem*, because we all want to love him in spite of his Rather *cough cough* Significant Issues. (BUT THEN THERE'S THE THIRD SEASON WHICH IS A WHOLE OTHER CONVERSATION, TOO. *sobs*)  Isabella is really rather disturbing, honestly.  Especially because I actually do have sympathy for her -- I mean, life has been a bit unfair to her (*cough* speaking of Guy's Rather Significant Issues *cough*), and I think in the beginning she really just wanted love.  Sad face.  And then there's Prince John, who's basically fabulous despite his evilness. 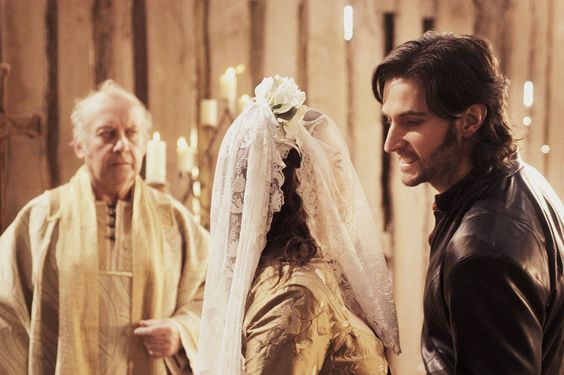 I LOVE THE ROMANCES.  A LOT.  THEY MAKE ME HAPPY.  (Except when they tear my emotional stability to shreds and leave me unable to think of anything else, that is.)

I love the friendships.

I love how even the characters who don't have super close relationships to other characters still care intensely about their wellbeing (think Djaq, S2 finale *sobs again*). 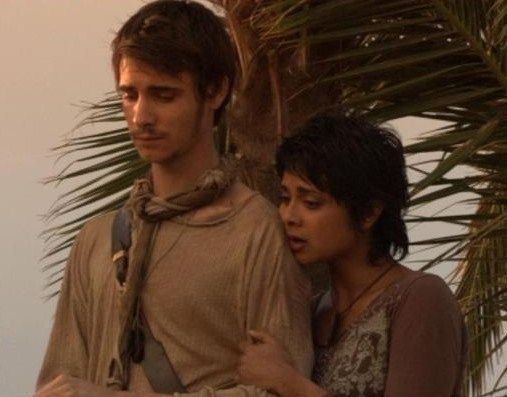 (I love a bunch of the other characters, too, but one must pick and choose who -- whom? -- to mention specifically.) 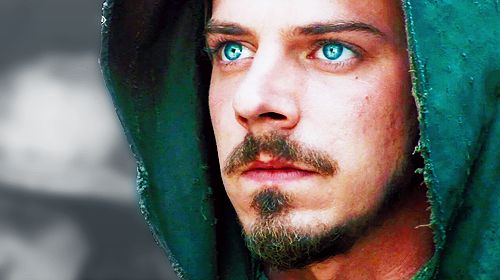 I love how even after the season two finale, the characters *Semi-Spoilers* who are left *End of Semi-Spoilers* still manage to make us care about the third season.  They even manage to give us moments of humor and happiness and all that, despite the heaviness of the season in general.  (They just also tear our hope apart dish out plentiful servings of Pain, Rage, and Tears, too.)

I love that there's so much redemption available for the characters (*AHERM* GUY AND ALLAN). Going back to the whole villain paragraph, I love that there really aren't that many villains.  It's mainly the good guys, and they really kind of outnumber the bad guys, even though it doesn't always seem that way.

BASICALLY THERE ARE JUST LOTS AND LOTS OF THINGS I LOVE ABOUT THIS SHOW, OKAY?!?!  It's beautiful and amazing and heartbreaking and good.  And you should watch it. Because of reasons.

All of that is why I love BBC's Robin Hood.

(Don't forget to leave links to your own Robin Hood posts HERE!)