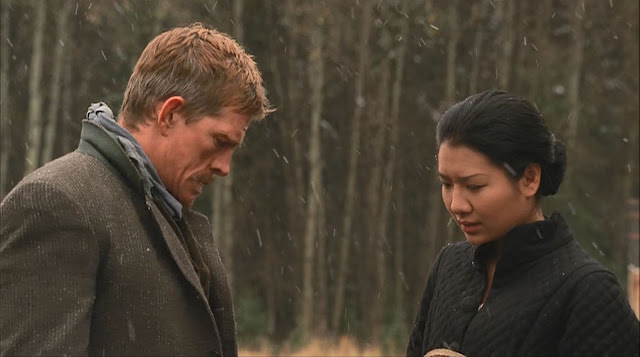 Today I'm going to be talking about Tom Harte & Sun Fu from the Western Broken Trail.  And there will be much flailing and fangirling and sissy stuff, because when it comes to this movie: 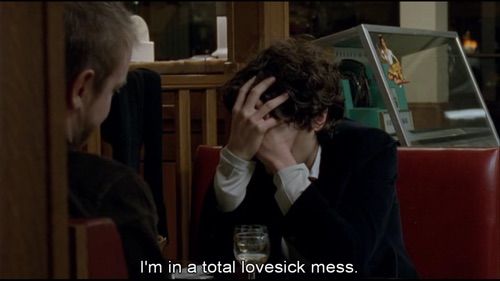 Seriously.  It's one of my top ten most-favorite movies.  Possibly in the top three.  (I mean, I don't know.  But it might be.)

Like, I feel like you don't understand how much I love it.  And because I just recently re-watched it, I'm definitely Feeling The Need to rave about it here; and since one of the things that makes it one of my favorite-ever-in-the-whole-world movies is the relationship between Tom and Sun Fu, I thought this Lovely Blog Party would be a good time to do it.

Honestly, I could probably write a whole new review of this movie (I've done one already, but THERE'S SUCH DEPTH TO PLUMB), but for now I'm going to focus on these two.  And just so you know, this post will be long and it will be picture-heavy (in fact, it's sort of mainly pictures).


First I want to simply share a few pictures and such to try to show you how precious and adorable and worthy this couple is, and then I want to do one of those post things where I narrate one specific scene in detail (what's it called?).  It will be the next to last scene, so, obviously, *SPOILERS!* will follow.

To begin, a quick summary in case you're unfamiliar with the plot of this show:  After the death of his mother, a cowboy joins forces with his semi-estranged uncle to take a herd of horses across several states to sell them.  Along the way, they encounter a man transporting five Asian women who have been purchased with the intent to traffic them.  "Through a series of circumstances," as one of the characters puts it, the nephew and his uncle fall into the guardianship of these women, navigating the difficulties of language barriers and wicked pursuers.

*scratches head*  Hope that helped.  Not sure if it did, honestly, but here's hoping. :-P

*sigh*  I honestly don't even know what all to say.  These two are just perfect, that's all.  And pretty much everybody knows it from the moment Tom brings Ye Fung back and Sun Fu tentatively hands him that cup of coffee as a gesture of thanks and of the girls' determination to do their part on the trail.

Seriously, I'm sitting here struggling to come up with anything sensible to write, because every part I'm thinking of makes me want to just muffle my face with my hands and squeal.  Whiiiiich doesn't really help you.  Or help me to convince you to watch the movie. *another sigh*

There's the scene in the gif above, when the whole party is resting for couple of days and Tom and Sun Fu take a walk around the lake, Sun Fu giggling and Tom cracking one of his unusual grins. 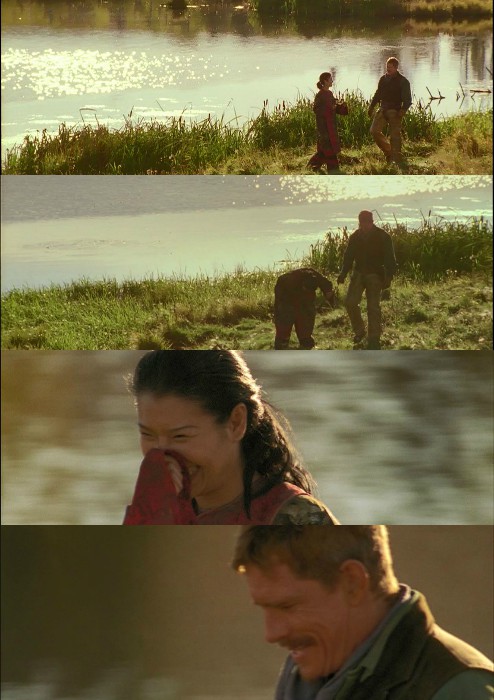 There's the look back down after finding out how steep the Whale's Back will be to cross. 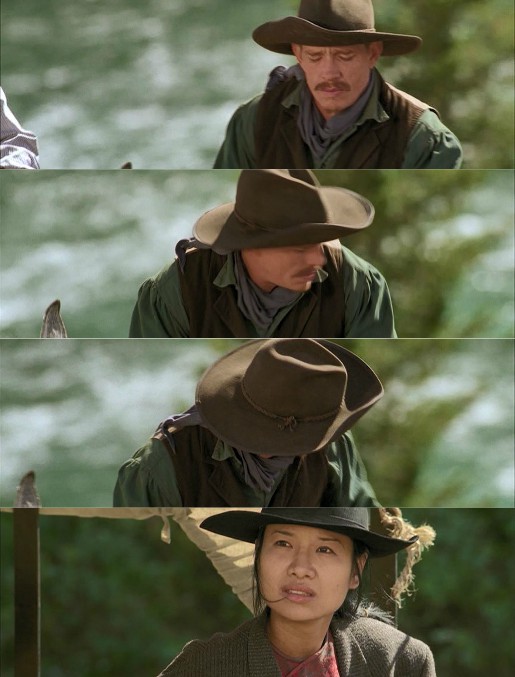 There's the time when they finally reach the ranch close to the end of the show, when everyone's sitting down to dinner.


There's the reunion after the Big Final Conflict. 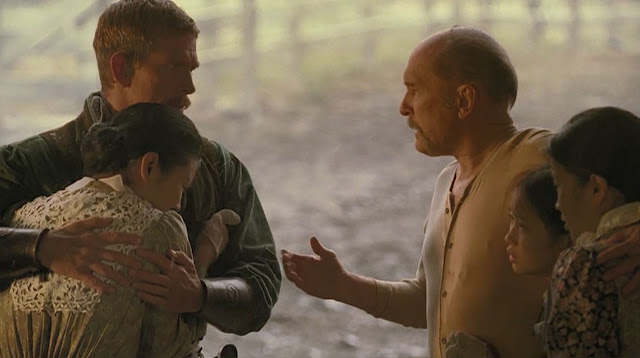 And there are other quick, lovely little moments, but I'm not going to go over every one because there's such a thing as self-control. :-P

Now, this is the part where I analyze what I have dubbed the "stagecoach scene".  As I said, this is the second-to-last scene, so there are some bigger *SPOILERS* from here on out.

Everyone gone who wants to avoid spoilage?  Good.

Now that the horse drive is complete, Tom and Print and Lung Hay are getting ready to send Nola, Sun Fu, Ghee Moon, and Ging Wa off.  (An arrangement has been made for the ladies to find a safe place in San Francisco.)  There's plenty of stuff going on relationally between everyone involved--especially Nola and Print--but I'm going to zero in on what's happening with Tom and Sun Fu.

As everyone exits the station and boards, Tom walks Sun Fu to her side of the stagecoach and the two face each other. 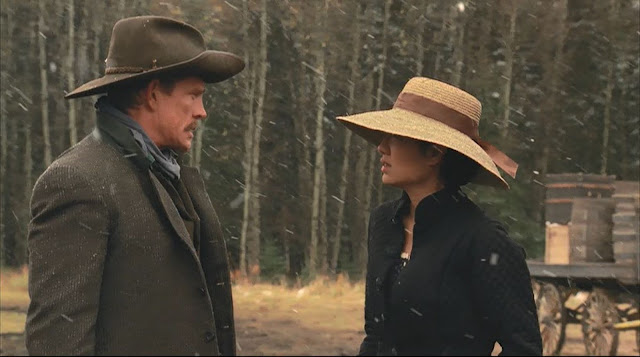 The language barrier is still in place; neither understands the other's speech.  They have had no real conversation.  All they have is quiet, wordless moments and months on a trail trying to survive together, each privately picking up on the fact--mostly through thoughtful, stolen observation--that the other person is kinda special in some really big ways.

He takes off his hat, because he is nothing if not unknowingly a gentleman of the truest order; and she takes hers off as well, because she strives to be respectful in all things of this culture that she doesn't know.  Then Tom says this:


"I thought I had this all worked out.  I reckon I got something to say to you.  I know you can't understand my words, but you can hear me.  I want to know how to get in touch with you someday.  I want to know that things turned out--that you had a good life." 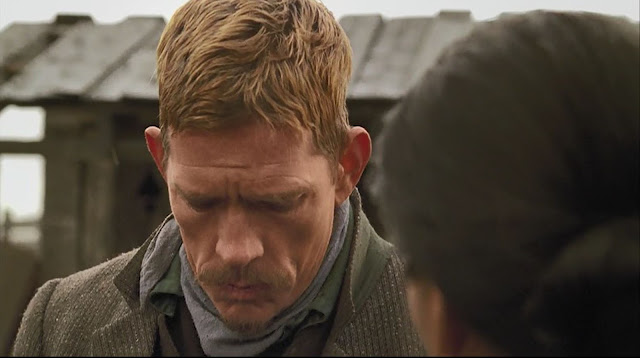 They stand there looking at each other as he gives his little speech, and then Sun Fu--this diamond-strong woman who has had to deal with so much and who has been silent this whole scene--throws her hand up to Tom's cheek as her face crumples, because she has no other way of communicating with him.


About to board the coach, she turns suddenly and grabs Tom in a hug.  Then she climbs in.  Tom replaces his hat and moves away, and she sits there thinking.

Tom goes and stands a little ways off to watch the coach as it leaves.  He's really ready to let it go, because he doesn't see a viable alternative.  They come from totally different worlds; they can't talk to each other; and she belongs with her heart-sisters, with these girls with whom she's endured unthinkable things.  He recognizes that there really doesn't seem to be a way for them, cheesy as that sounds.

(This recognition doesn't stop him, however, from letting out a little self-steadying breath; because after all the prospect of never seeing this woman again is not exactly a happy one for him.)

Last checks and farewells and preparations are taken care of, and Sun Fu and Tom both continue struggling in their separate places. 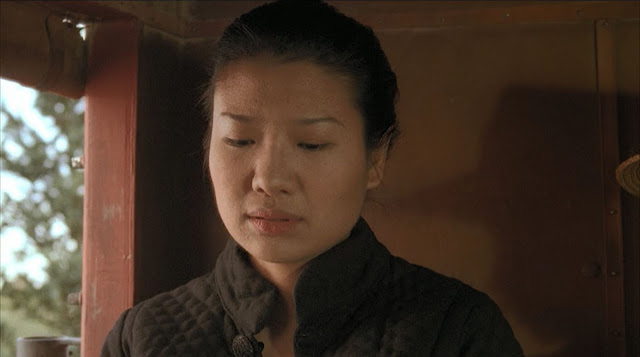 Finally, everything's ready.  The driver flicks the reins and urges the horses . . . 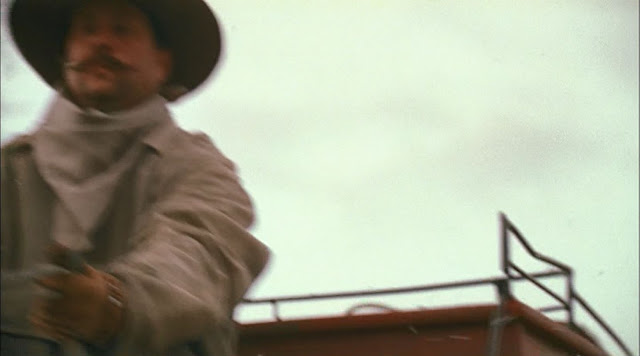 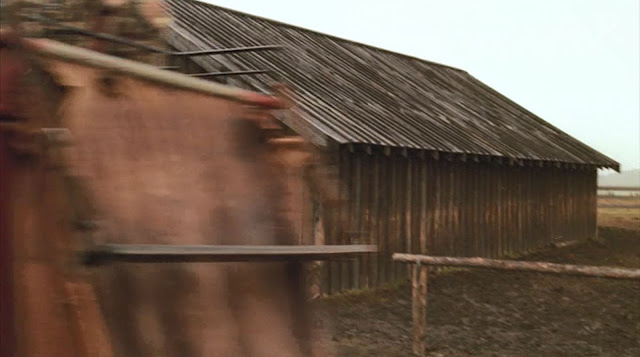 . . . and the stagecoach rolls away to reveal a Sun Fu who is sobbing and gasping (because holy heck do you understand what she just did) and very much Not In The Stagecoach That's Driving Away.

Very much, in other words, there. 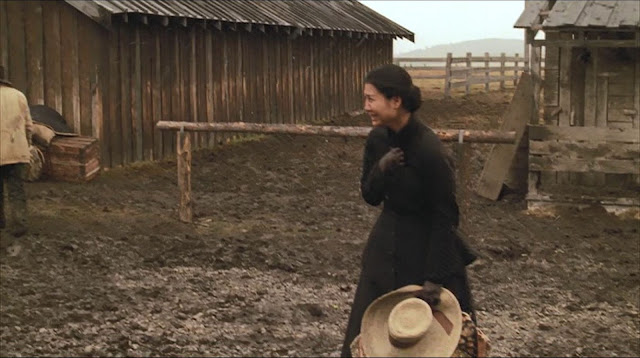 As I said, she's sobbing and gasping for a little while, and then she turns to face Tom. 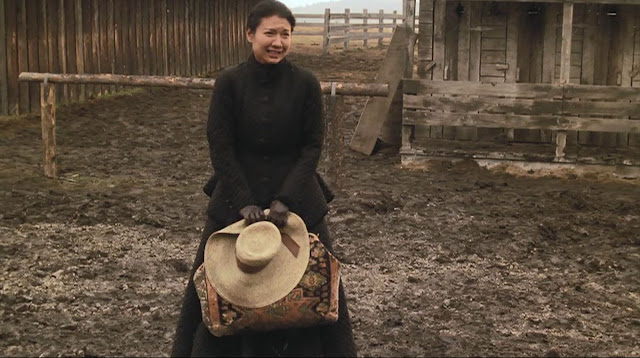 And Tom--the man of somber face and few words and rare giggles; the man who shot the thumbs off a rapist in a righteous rage; the man who wanted to hear fiddle music; the man who sat up all night holding the hand of a dying girl with whom he couldn't verbally communicate; the man who was the first to the side of a suicide victim tragically claimed by relentless trauma; the man secretly haunted by the fear that his mother died without forgiving him for a choice that was not wrong; the man seemingly afraid to let anyone see what's really in his heart; the man who didn't ask for any of this is but is actually so glad he got it--my Tom smiles this small, weather-beaten, experience-hardened, hopeful, precious, glimmering half-smile that says far more about what's going on inside him than any toothy beam would have done. 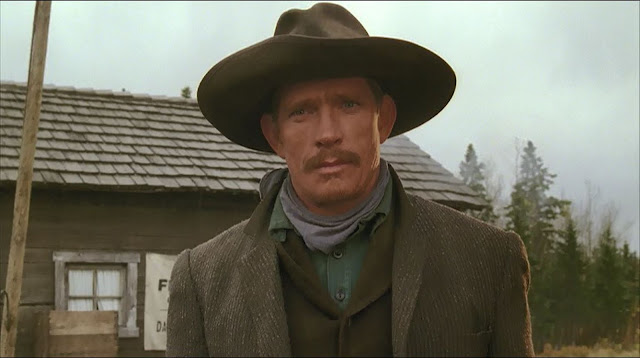 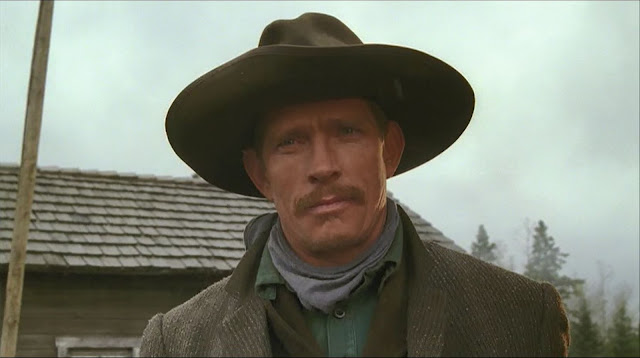 And I feel things in my heart.