Ask Me Anything Answers, Part 1

- May 02, 2015
Whenever I see these Ask Me Anything answer posts, they're always divided into two.  Well, now that I've read all of your lovely questions, I understand why;)  Here's the first installment (which is quite long)! 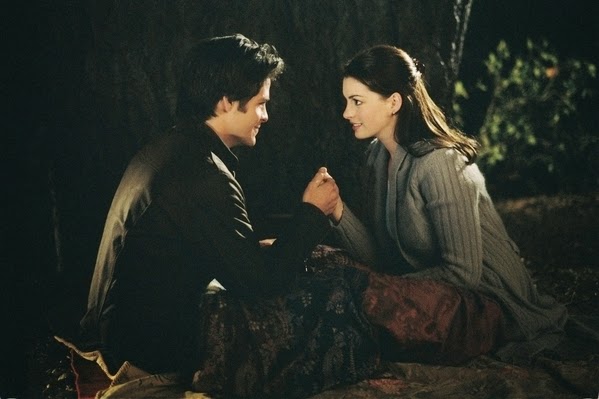 - What time do you usually get up in the morning?
'Hem, yes, well, about that...I often get up at rather shameful hours. I am getting better, though! Recently I've been waking up around 8:30 to 8:45 and emerging from my room after quiet time and other things anywhere from forty-five minutes to an hour later. If you're asking what time I usually "get started on the day," I'd have to say around 10:00 a.m. *winces* BUT, that being said, I'm usually working later in the day, to compensate.

- Are you planning on going to college?
Yep! I hope to become a pediatric nurse:)

- If you could choose one man in all of literature, film, anything, to be your husband, who would it be?
Yikes! Well, I'd have to say, probably either Faramir of The Lord of the Rings or Henry Tilney of Northanger Abbey. I love both of those guys, and I think those are probably the two with whom I'd get along the best:)

- What's one of the goofiest, dumbest, funniest things you've ever done?
I've accidentally done a few things in public that have earned me some *cough* looks--like saying something aloud that wasn't technically the nicest thing to say (it wasn't swearing, never fear)...or seeing a baby in a passing car, and obviously making some sort of facial expression like "Aww!" or "Oh!", because the driver of the car proceeded to wave cautiously at me… 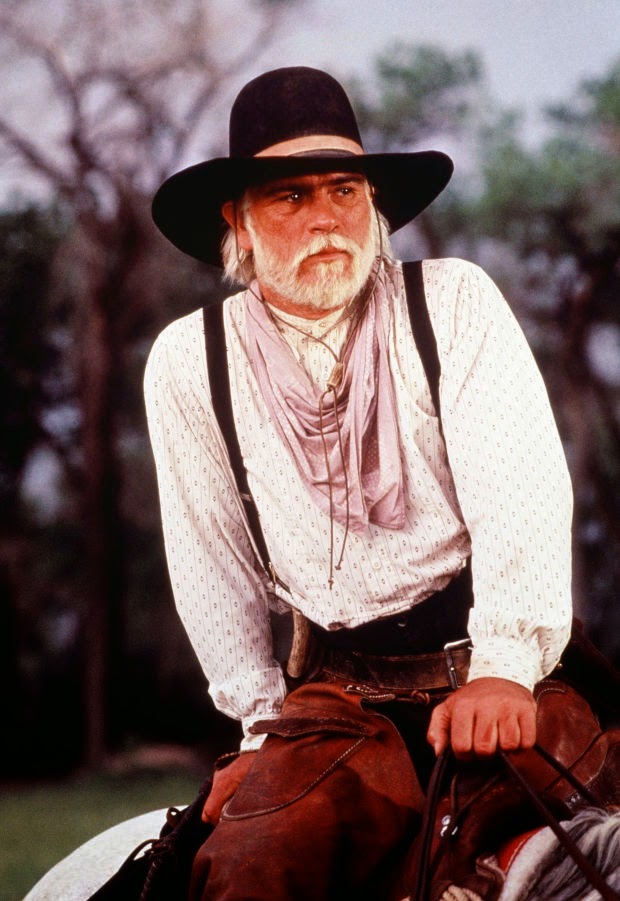 I'm not entirely sure why - after all, he's the stubborn-est thing, and refuses to acknowledge Newt as his son (though, admittedly, it could be debated whether he was his son). But he's just so doggone awesome. (I guess you could say I have a thing for hardened but vulnerable cowboys.)

I love how fiercely he defends Newt. Like when that lowlife soldier is whipping Newt, and Woodrow comes out of the store and sees, drops his parcels, and high-tails it over there to beat the tar out of him...it made me really happy:) And may I just say…Tommy Lee Jones, you are one fantastic actor.

What are your top five passions?
(Other than faith, family, and friends, of course.)
1.)  Stories (books/movies)
2.)  Music
3.)  Just being outside, drinking in the beauty of my dear home-place, and pondering deep ponderings about life and faith and the universe and all that rot;)
4.)  Writing poetry
5.)  Bouts of creativity, whether it be rearranging/redecorating my room, crocheting, DIY projects, etc.

How would the perfect relationship with s guy play out?
Marriage, I suppose:) However, there is no prospective marriage-partner making himself known at the moment (thank the Lord; I'm certainly not ready for all that, age-wise or maturity-wise), and *cue poor-pitiful-me music* I sometimes wonder if perhaps I sha'n't ever marry--and really, I'm becoming perfectly okay with that. Haha, I'm not even sure if I want to get married, as of right now. Somewhat of an independent spirit, I guess (ha. Right.) ;)

What boundaries, if any, have you set for yourself?
Do you mean boundaries for a relationship like the one discussed above? I'm not really thinking that much about it right now. I do have some physical boundaries, but I'd rather not go into that *cough*

Seeing as you are Arwen, do you like Aragorn over Faramir? (I'm not answering that, hehe.)
Oh, m'dear girl…what a can of worms you opened;) All right, how to put this…um, well…no. No, I don't. Faramir happens to be my favorite fictional character ever -- and trust me, as I'm sure you can imagine, that is saying a lot -- so…I prefer him over Aragorn:)

About Aragorn, as a matter of fact...

*heavy sigh*  Aragorn is an incredible character, and there is absolutely no reason to dislike him that I can think of, but…I'm not that crazy about him.  As a character in general, yes, absolutely, I love him, but…I'm not sure that he makes my list of favorite LotR people *winces*  HOWEVER, I totally and completely understand that he is positively amazing, and that what I've said about him is probably how a lot of people feel about Faramir.  So, yeah…

Which do you like better: "May It Be", "Into the West" or "The Last Goodbye"?
"The Last Goodbye." MIB and ItW are tough competition, but TLG is just so perfect in so many ways that they don't really stand a chance. For instance:

~ Therefore, the lyrics are far too feelsy to handle (just look) 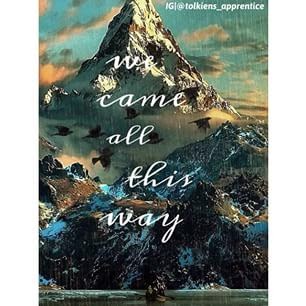 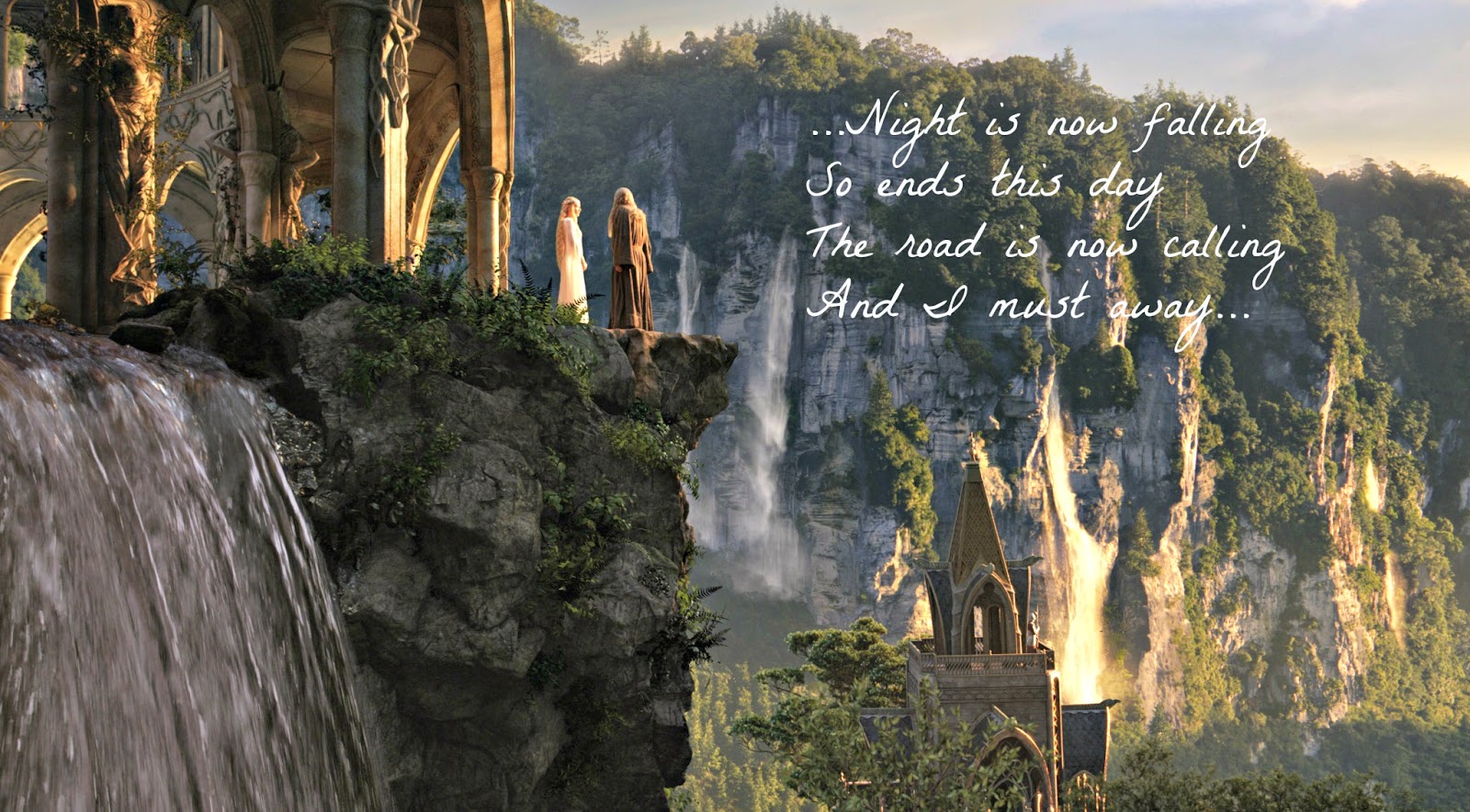 (There is a real, physical ache at the incredible beauty of these lyrics…) 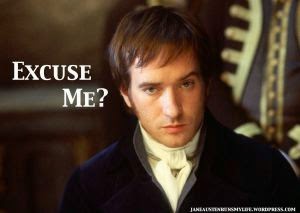 Would you show us some of your poetry? (I write it too! :D)
Aww! Thanks so much for asking! (I'd love to see some of yours sometime!) Okay, here goes:


A gentle beam of lamplight, handwriting on a page,

Small motes dancing quietly in a cold glass of water.

The scent of old books, the turning of an age -

I thank You, Lord for the simple things.

The sparkle of an engagement ring,

The singing of a wedding hymn -

I thank You, Lord, for the simple things.


The polished feel of piano keys,

The ebb and flow of the ageless seas

The nostalgic comfort of flannel sheets,

The littlest acts, the greatest feats -

I thank You, Lord, for the simple things.


And I wrote this one yesterday, just for fun, after a storm:)

Down, down, an inexorable descent

Down, down, crushing the treetops

'Til suddenly it bursts

A downpour of emotions

The troubled heart of the storm thinks all is lost.


A few moments, though, and the tempest has passed

The pain is eased

The grime is cleansed

And raindrops bejewel each soaked surface

The cedar reaches out eager hands

To catch the merrily winking diamonds

And from the whitewashed porch swing

All is dripping, earthy calm

After a late spring storm.


I doubt you'll reveal this, but how old are you? :P Or perhaps, are you still in school?
Hehe, you're right, I don't care to reveal that, but I will say that yes, I am still in school.

Coffee or tea?
Neither, please:D

Favourite musical? (Or top 3.)
Whew! I'm glad you included "top 3"!;) I can't be sure that these are my all-time top favorites, but they are for right now: Evita, Seven Brides for Seven Brothers, and The Phantom of the Opera. Favourite actor/actress?
I have a number of favorites, but for brevity's sake, Gregory Peck ;) 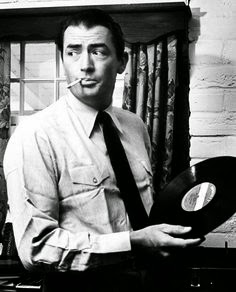 Whew! Thanks for the awesome questions! Stay tuned for subsequent answer posts (there may be more than one!) :)