#2:  Favorite Disney character?
Sheesh!  For some reason, I'm really blanking on the 'favorite' questions.  Perhaps because I love Disney passionately, and, especially if we're including live action Disney (which I won't be, for the most part), it's slightly impossible.

#3:  First Disney movie seen in cinemas?
Brave (2012).  I watched it with my dad and one of my brothers (I think), for my birthday:)  And just for the record, that movie is great and totally underrated. 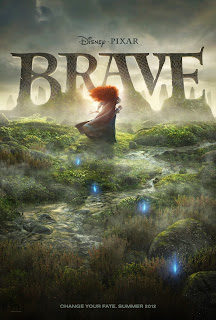 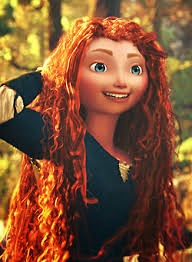 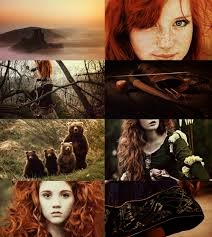 #4:  What Disney item do you collect the most?
Uh…pictures, hehe?  Or maybe movies…  Sadly, I don't have much Disney paraphernalia.

#6:  Which Disney voice actor would you most like to meet?
Ehh, I'm not too eager to meet any of the voice actors.  Maybe the guy who voiced Pooh Bear/Powhatan/whoever else he did.

#7:  Favorite Disney movie that is not a classic?
Let's say Mulan just to spice things up:)

#9:  Saddest moment in a Disney movie?
There are plenty, of course, so I'll just mention two that really affected me.

The Princess and the Frog--RAY AND EVANGELINE AND THAT FUNERAL AND THE CLOUDS ROLLING BACK AND THEN THERE WERE TWO STARS AND I COULDN'T TAKE IT. 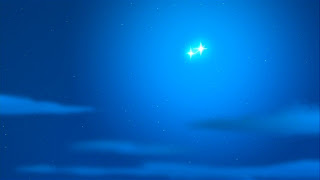 Nooooooooo too many beautiful pains!!!

Cinderella (2015, yes, slipping into live action for a moment)--KIT AND HIS FATHER.  I can't find a picture of that specific part, but suffice it to say I was again caught unawares and it was so bittersweet.  Guys he curled up on his father's chest and my mom and I were both sort of crying!

#10:  Which Disney princess has the best sidekicks?
Oh, wow.  All of them are great.  I think I'm gonna say Anna, though, because, if you think about it, she has Olaf, Sven, AND Kristoff.  And they're all pretty cool:D

"Cute.  The three musketeers."  (If you got that movie reference, though…)

Bonus question:  Of the lesser known Disney movies, what one would you recommend?
The Hunchback of Notre Dame, absolutely.  It is epic and amazing and glorious and I don't care if it isn't a shred like Hugo's novel.  So there.  There are so many moments in that movie that give me those delightful, tingly, thrill-induced, that-was-so-good-that-I'm-having-a-physical-reaction goosebumps. 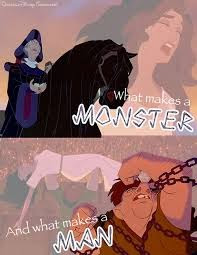 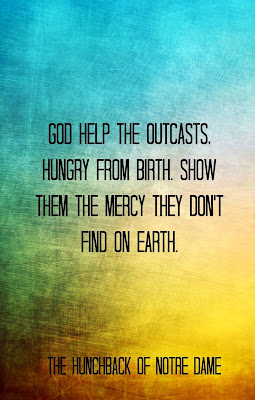 and anyone else who loves Disney:D