Don't we all love making headers?  Even though they can be frustrating and time-consuming, there's something strangely fun and fulfilling in matching pictures together like puzzle pieces.  Lately I've found myself doing it simply for fun, even if I'm already "covered" on headers.  So I thought, why not make a special page on my blog for displaying headers I've made?  Lots of blogs do it, after all.  So I believe I'm going to do that--dedicate a page to sharing headers.  I'll include both those that I've already used, and a couple that are kinda up-for-grabs.  That latter idea was mainly inspired by Naomi's page for such things, which I strongly advise anyone looking for headers to visit, especially if you're into period dramas.  The girl has a gift, peoples!

Secondly, speaking of Naomi, I am at a loss!  I can't decide which header to use after Western Week!  I made the first one, and Naomi made the other two.  How am I supposed to decide this?!?!  Heeeeeelllllp!  I may not take your advice (hehe), but I should like to know I have it all the same. 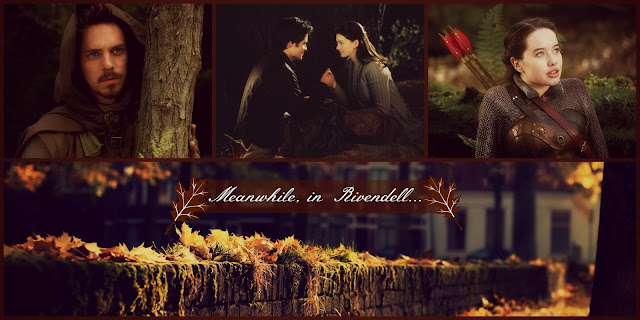 What would your vote be?  It'd be for the autumnal season:)