People, this is one fine Western.

I'd heard the general, vague "it's a big classic" hype about TMWHSLV, but I didn't really know the storyline.  I knew Jimmy Stewart starred in it, and, given the title, I randomly assumed that it was some kind of murder mystery for a long time.  Well...it isn't.

There were two main draws to this movie for me:  it was a classic, and it was Jimmy Stewart.  I enjoyed Jimmy's performance, but what really blew me away was John Wayne in the role of Tom Doniphon.  Oh. My. Word.

The story is about an idealistic young lawyer (Ransom Stoddard) who finds himself in the town of Shinbone after being mugged by the notorious Liberty Valance and his gang.  There he is welcomed and befriended by the locals, who are impressed by his lauded courage at the time of Liberty's attack, and by his cultured education and glowing new ideas of justice.  Particularly twitter-pated is Hallie...but she is loved by tough-as-nails Tom Doniphon.  This causes problems for Tom, who likes Ranse well enough but doesn't want to lose Hallie. 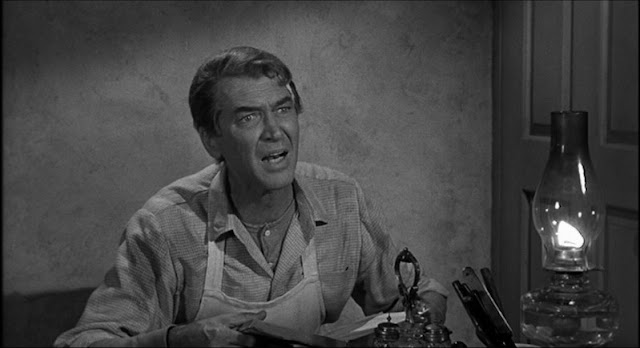 Ransom Stoddard...I wasn't crazy about him.  Don't get me wrong, he's nice and all, but something's just a little...off.  He's definitely a firebrand, and I have difficulty warming up to firebrands, especially fictional ones, even if they're good people (i. e. Nicholas Higgins from North and South).  For one thing, I'm not overly impressed by their volcanic tempers.  They're just so danged excitable, and I prefer more mellow dispositions.  Ranse was definitely one of the former, which was a little off-putting, especially since I've read that Jimmy Stewart was a pretty easy-going guy.  It didn't seem very...I dunno, natural.  But then again, there were moments when he was really pretty cool and I liked him ("That's all right, Pompey; a lot of people forget that part of it."), and part of my dislike for him was probably founded on the fact that *SPOILERS* Hallie chose him over Tom *END OF SPOILERS*.  It's just that overall, I was a wee bit disappointed with Jimmy Stewart's role in this one.

THIS GUY, though!  This guy was a totally different matter.

Wow.  What can I even say about him?  I loved and pitied Tom (why are there so many awesome cowboys named Tom??) so much.  For one thing, he has some of the best lines ("You're a persistent cuss, pilgrim.").

How he would watch Hallie with that lovelorn, puppy-eyed expression and that lopsided smile whenever she spoke or came anywhere near him...ohhhhh.  Sniffles.  I think sometimes he'd say things just to "get a rise" out of her, because one of the things he so loved about her was her feisty personality (I didn't, but to each his own). 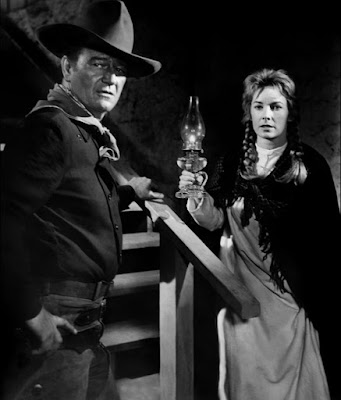 I honestly believe that he did truly love her--which is wonderful, because sometimes in movies one can't be sure whether or not it's just a very intense like instead of an authentic love.  This guy, in my opinion, definitely proved it by his actions.   I loved his adorable little "attentions" to her--giving her the rose, and then can we talk about how adorable it was when he opened the little door for her as she was coming into the kitchen?!  THAT GRIN ON HIS FACE.   And the way he talked to/about her:

*SPOILERS AHEAD*  But the biggest proof of his love was definitely *sniffle* what he did at the showdown between Ranse and Liberty.  It could have been easy to let Ranse face Liberty alone, you know.  Sure, Tom knew that it was 99.99% positive that if he did, Ranse wouldn't even stand a chance against Liberty's astronomically superior gun-fighting skills, but there was always that .01% possibility--enough to clear Tom from knowing allowance of an inevitable murder.  And if Ranse had faced Liberty and been killed, all Tom's troubles, at least hypothetically, would be over.  Ranse's awe-inducing presence would be gone, and Tom could feel safe of the chance to "win" Hallie "back." 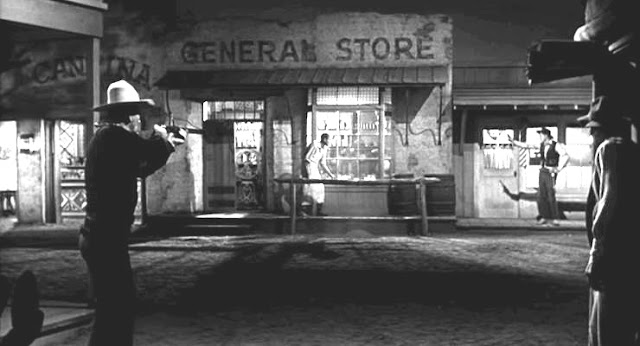 "Hallie wanted you alive."  Tom knew deep down that Hallie was already lost to him.  She'd already fallen for Ranse, and so Tom decided to sacrifice all his hopes, dreams, goals--all for hers.  He saved Ranse's life and stepped quietly out of Hallie's.  Isn't that the greatest kind of love?  The selfless kind, the sacrificial kind.  The kind that says, "I want and love you more than you can possibly imagine, but I respect your right to make your own choices, and so I'm going to let you go."  Reminding anyone else of the love shown on the Cross?  (Okay, I know that's an extreme example to which to liken TMWSLV, but y'all know what I mean.)  *SORTA-KINDA-END OF SPOILERS*

The tragic thing, though, is that that sacrifice took something from Tom--his purpose.  I don't want to remind you all of the room he was building for Hallie, but...I'm going to anyway. 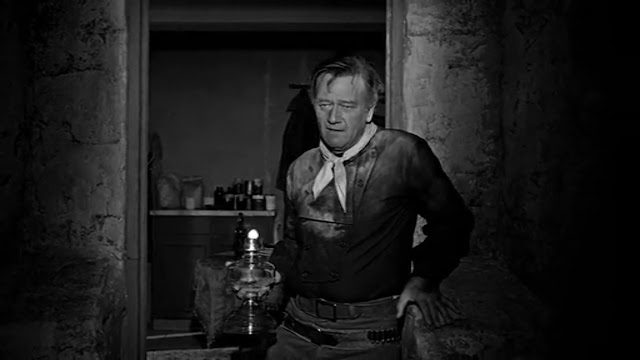 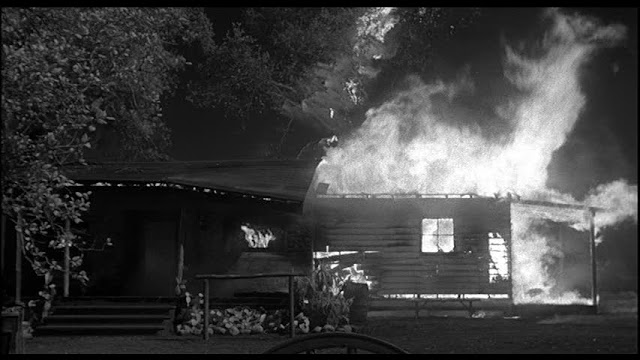 But it was also really sweet, because POMPEY THOUGH.  And he drags him out…and the Tom's all, "The horses, Pompey!"…and then Pompey gets them out of the corral and takes care of Tom and it was just a very feelsy scene, okay?!

And then when Tom stumbles into the election, all disheveled and heartbroken, but he takes the time to whip Ranse into shape and make him accept the election and make Hallie happy…

At the end, this part: 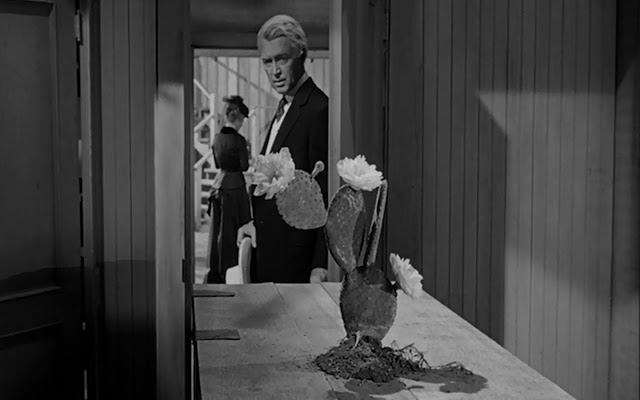 You know the cactus rose got you.  You know it did.

Whew.  I could go on…but I'm not going to.  Basically, this Western is stupendous.  It's really quite good.  It's also so incredibly sad and sobering that I don't know if I even want to re-watch it all the way through anytime soon.  It's a story about choices and consequences, and heroism and sacrifice.

"Nothing's too good for the man who shot Liberty Valance."