So, y'know how I have this great love for Broken Trail?  Well, one big component of that is the character of Tom Harte.  After only a few viewings of the miniseries, he skyrocketed into one of the top three spots on my list of favorite fictional heroes.  Because the guy is awesome, y'all. 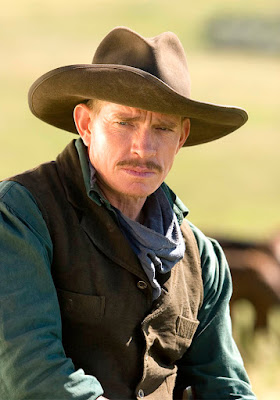 And here's why (at least, in my opinion).

Tom is basically an embodiment of the hardened, introverted cowboy.  When we first meet him, especially, he's very emotionally guarded.  One senses almost immediately that there are substantial wounds in his past, and that he has a habit of erecting and maintaining emotional walls to keep from being hurt further.  And yet in spite of these attempts, it's fairly obvious that deep down, his heart is very big, very open, and very vulnerable.  His uncle, Print Ritter, tells him, "Truth is, you're as loose as ashes in the wind"--but that doesn't refer to any moral or personal failing, mind you.  He isn't really "stable"; he has an isolated occupation and an isolated lifestyle, and that concerns his uncle.

He's quiet, not exactly given to extraneous speech, but he's a great listener--giving his full attention to the talker and asking few but insightful questions.

Unlike other cowboys one could encounter, Tom isn't hung up on vulgar conversation *primly*, nor on patronizing prostitutes.  Instead, he's determined to keep a group of five girls from being thrown into that horrific world.  (If you want to know the storyline of Broken Trail, you can read my review here.)

Tom is open to new ventures, and once he has committed to a cause, he's committed body and soul, as it were, to seeing it through. 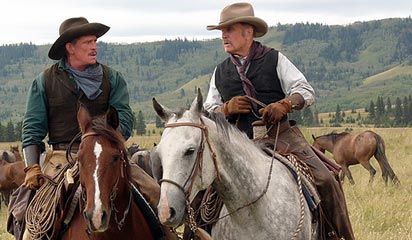 He respects his uncle, despite not always agreeing with his decisions, despite feeling patronized or babied at times.  He listens to Print and to his advice, he converses with him, he strategizes with him.  They're a team (and a dang fine one at that).

Though he's the "strong, silent" type and tends toward brooding and pessimism, there are rare and delightful moments when we can catch a glimpse of his very agile sense of humor--dry, almost sardonic, yet irresistibly playful.  (For instance, when he's recruited Heck Gilpin and is introducing him to Print:  "Thought you might like some music," and then when he pats Heck's head with that adorable grin on his face.) 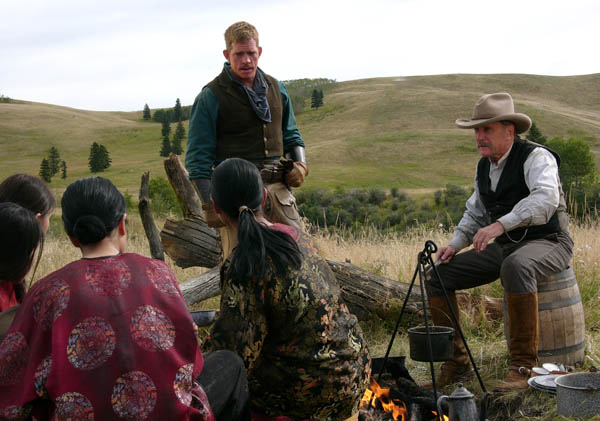 I think the biggest draw to Tom's character for me, though, is how he has such a heart to rescue and protect.  He's a defender.  He's a provider.  When the group unwittingly stumbles into the guardianship of those precious girls, he quietly but instantly slips into the role of protecter.  That scene when he and Heck rescue the girls from those drunken assailants during their stop in town…when he sits up all night with Mai Ling as she's dying, holding her hand and cooling her forehead…when he quite literally rides in and saves the day when Ed and his gang have invaded that homestead…

Not only is he totally invested in the best interests of these girls (why, perhaps, he was willing to let Sun Fu go--he wanted the best for her and he thought that that was staying with the other girls and returning to her homeland), but he goes above and beyond the call of duty with regard to them.  He hires Long He to translate and interpret, even though they'd already devised a rough but moderately effective method of communication.  And back when Billy Fender had dragged Ye Fung away with him, Tom was sure to bring her back when he went after Fender and retrieved their stolen property.  He gave her his coat and his hat to protect her from the cold and the drizzle.  You see, "it's the little things"--the little things like that that endear this toughened, weather-beaten man to you. 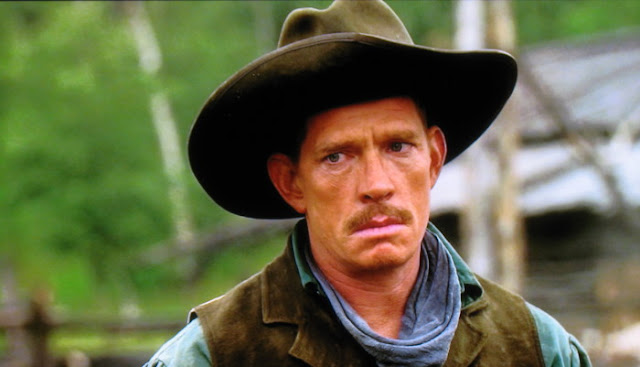 Yeah.  He doesn't have a strikingly varied wardrobe, I admit.

The three main relationships in which he is involved (those with Print, Heck, and Sun Fu) are all SO adorable.  Cannot even:D  All three are well-developed and engrossing.  With Print, 't'is more of a father/son or partner/partner relationship; with Heck, easygoing camaraderie; and speaking of his attachment to Sun Fu… 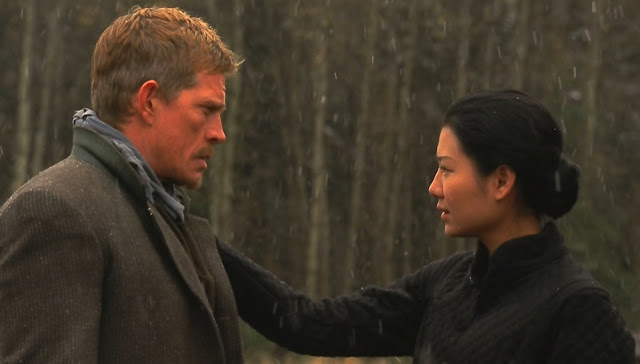 There are feels.  Many and intense.  I love his speech to her during the above scene ("I reckon I got somethin' to say to you…I know you can't understand my words, but--you can hear me"), and I love her reactions (THE HAND).  Oh, and how he lets out that slow, self-controlled breath, trying to steady his emotions, as he's waiting for her to leave--and then when the stagecoach rolls away, and we see that she has decided to stay--that small, hopeful, precious glimmer of a smile when he sees her--the romantic fangirl in me swoons with happiness:) 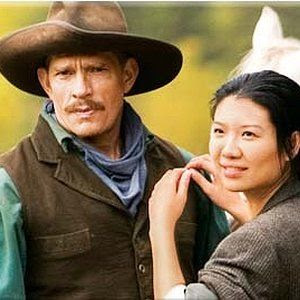 There are other little things I could mention, but they all basically tie into the same overarching theme--he's quiet yet funny, selfless, courageous, and protective, and I love him to pieces.  In fact, as Emma described him, he's "the ultimate cowboy hero."  I quite agree. 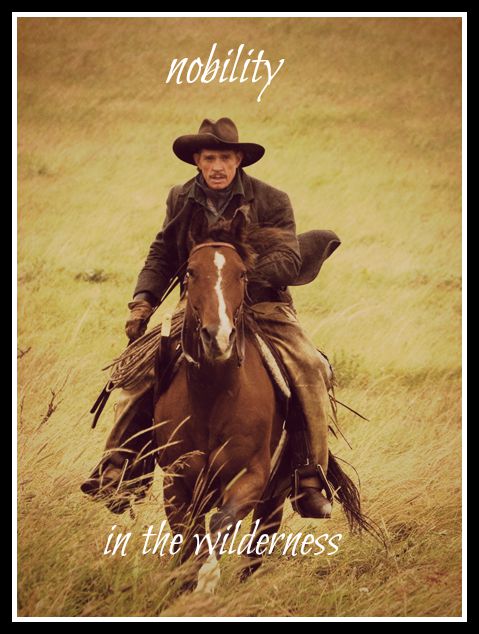