Now.  Obviously, I lurve Rivendell (more on that later).  However, I'd like to dedicate a little bit of time to a different location, one with which I absolutely fell in love when reading the books.  It seems absolutely perfect to me - quiet, natural, serene, restful… 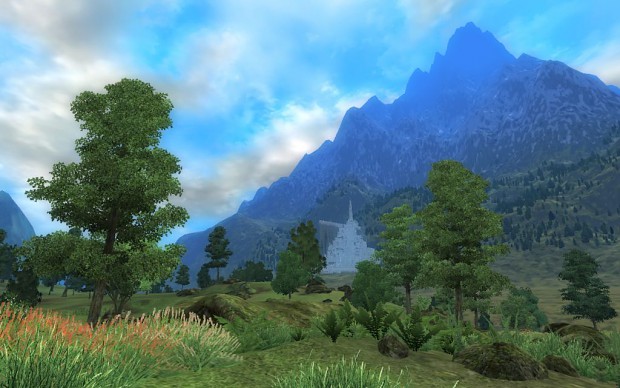 It might actually be my favorite location.  I love the passages from the book that describe the place:  "So they passed into the northern marches of that land that Men once called Ithilien, a fair country of climbing woods and swift-falling streams…Before them, as they turned west, gentle slopes rand down into dim hazes far below…The long journey from Rivendell had brought them far south of their own land, but not until now in this more sheltered region had the hobbits felt the change of clime.  Here Spring was already busy about them:  fronds pierced moss and mould, larches were green-fingered, small flowers were opening in the turf, birds were singing.  Ithilien, the garden of 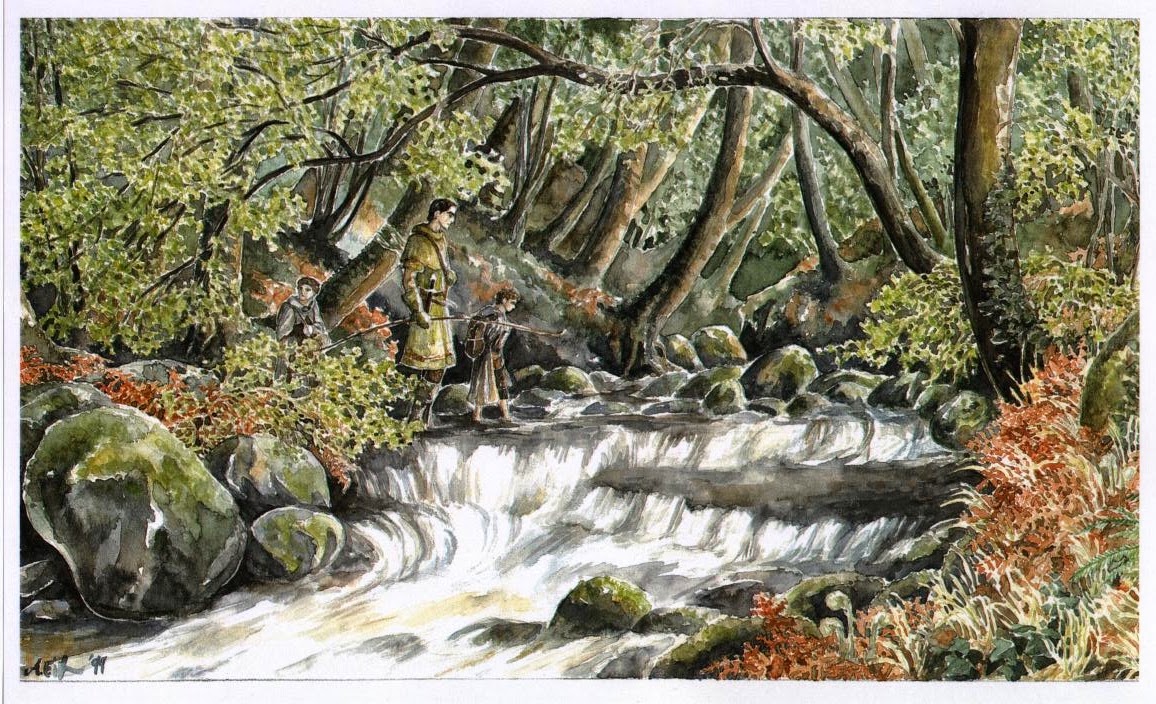 "Presently [the stream] brought them to a small clear lake in a shallow dell:  it lay in the broken ruins of an ancient stone basin, the carven rim of which was almost wholly covered with mosses and rose-brambles; iris-swords stood in ranks about it, and water-lily leaves floated on its dark gently-rippling surface; but it was deep and fresh, and spilled ever softly out over a stony lip at the far end."

I just love that Ithilien is a little haven of rest and beauty even though it rests in the shadow of Mordor.  I loves it to pieces.

AND GUYS, FARAMIR AND ÉOWYN DECIDE TO LIVE IN ITHILIEN.  I just can't.

"Then Faramir laughed merrily.  'That is well,' he said; 'for I am not a king.  Yet I will wed with the White Lady of Rohan, if it be her will.  And if she will, then let us cross the River and in happier days let us dwell in fair Ithilien and there make a garden.  All things will grow with joy there, if the White Lady comes.'" 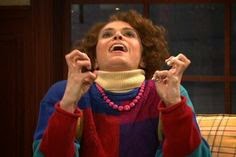 Unfortunately, however, I'm not terribly impressed with how they portrayed Ithilien in the movies.  Maybe it's just because it's a very quick little snippet of the movie, but…I would have liked to have seen more, let us say.  So I love Ithilien to death, but if we're talking strictly from a movie perspective, I'd have to say that it's not quite my favorite.

No, that honor would have to go to…

…Rivendell.  I just love it.  (I use that word a lot in connection with LotR, don't I?)  It's beautiful, but in a different way.  It seems like a wistful, bittersweet sort of beauty, kind of like Lothlorien.  It's one of the Houses of the Elves, but the Elves' time in Middle Earth is slipping away, so it's almost like a longing beauty - it's the perfect setting for Arwen's bittersweet decision to remain in Middle Earth and thus give up her immortality for Aragorn's sake.  *sigh*

So, there you are.  I spent the majority of that post rambling about a location that's not even that developed in the movies themselves, but…I'm sure you'll forgive me in time;)  This is fun!  I'm enjoying it immensely:D
books Lord of the Rings Middle Earth Movies Meme movies