February 24, 2015
Day 23 prompt:  The Hobbit character you understand the least

Wow.  We're getting deep here, no?;)  All right, before I begin, please understand that I love this character.  I do, I really do.  But you asked, and I've got to answer as truthfully as I know how.

In the book, The Hobbit, the character I least understood was Thorin Oakenshield.

In the movie trilogy, The Hobbit…..it was still Thorin. 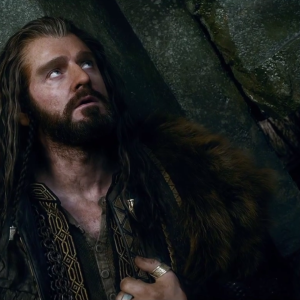 Don't hate me, Thorin-lovers!  I'm one of you, really, and I understand that Thorin's story of character development is amazing and beautiful and all that, but…there are still some things about him that I just don't get, namely:  His fanatical obsession with reclaiming the treasure of Erebor.  I understand that his quest to recover the Lost Mountain runs much deeper than the gold, and I understand that he has good reason to be bitter and revengeful, but you have to admit that he is, in the words of our dear Captain Jack Sparrow, "completely obsessed with treasure," at least by The Battle of the Five Armies. 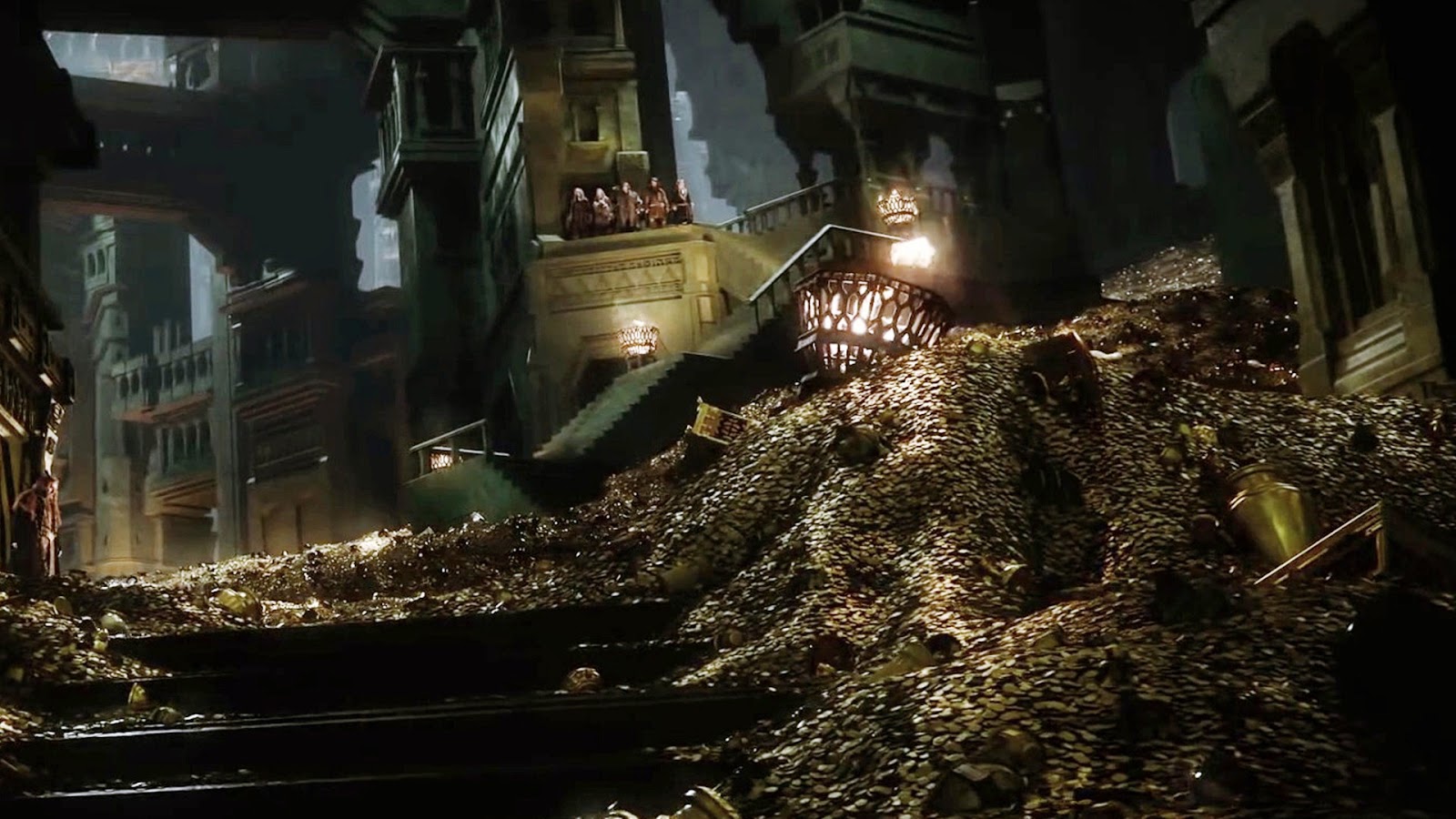 And then there's the little matter of his disregard of his comrades' safety, when his mind is beginning to, um, turn, shall we say.  (I know, I KNOW he changes.  I already specified that I love him, remember?)

Bard comes to try to talk reason into the dwarf.  He is the epitome of reasonability and peace-making, and then Thorin goes and frankly ruins everything.

Um…why?!  All you had to do was help the homeless, starving people of Laketown, the rightful inhabitants of Dale.  But I guess the miles-deep mountain of gold couldn't handle any thinning, even for charity's sake, right?

Day 24 prompt:  Favorite moment/line in The Battle of the Five Armies

So many!  Alfrid's awesome comic relief, the heart-wrenchingly perfect credits, the amazing tie-ins to LotR…

I'll go with this quote, just 'cause reasons. 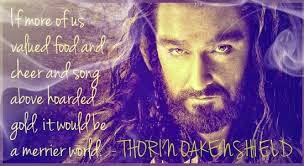 (There, I have attempted to atone for my answer to Day 23:D  Though, in all honesty, I love this part.)